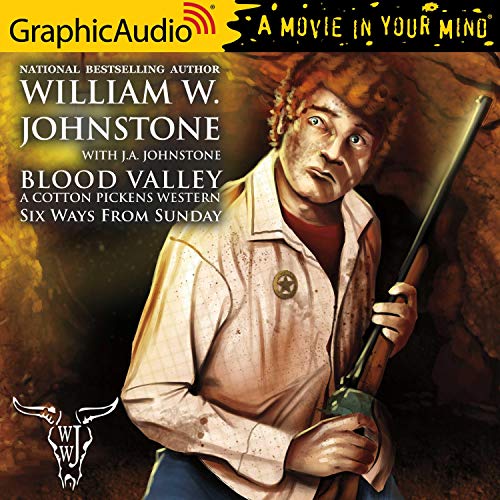 Cotton Pickens, the unforgettable hero of William Johnstone’s classic Blood Valley, returns in a tale of a lawless Montana mining district, a 16-year-old widow, and a man who always finds new ways of laying down the law….

Cotton Pickens’s parents had a cussed sense of humor, but there’s nothing funny about the way the man can draw a gun. Now he’s in the middle of a mining camp district slowly being crushed under the iron fist of another misnamed, hardheaded fellow, Carter Scruples. With Cotton facing off against Scruples, a beautiful young woman caught in-between and a band of outlaws living high and mighty in a dry-docked Pullman Palace Car, the town of Swamp Creek is surely going to get blown sky high. And when time comes to put the pieces back together again — Cotton will do his picking one bullet at a time….

What listeners say about Six Ways From Sunday [Dramatized Adaptation]