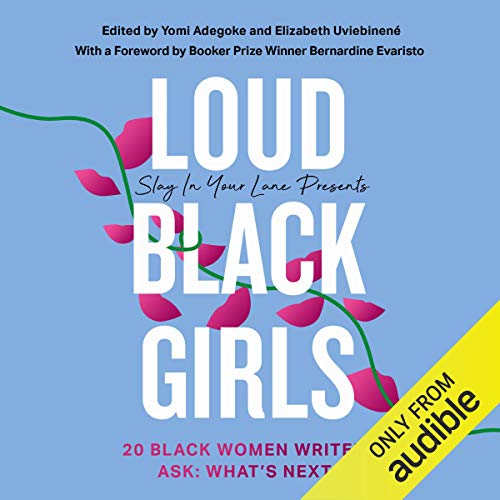 In Loud Black Girls, the authors of Slay in Your Lane: The Black Girl Bible, Yomi Adegoke and Elizabeth Uviebinené, ask Black British female writers to focus on what happens next? What does the future hold in the uncertain post-Brexit world of Donald Trump and the rise of the far right, where there is also more opportunity for Black women to thrive than there has ever been before?

Despite young Black women reading more than any other ethnic group in the UK, they are still largely invisible as published authors. Loud Black Girls seeks to change that by giving Black women a voice and a platform. Listeners can expect frank, funny and fearless contributions about what matters to Black women today, from a range of prominent voices. The book features a contribution by the winner of the submission competition, an introduction by Yomi and Elizabeth and a foreword by Bernardine Evaristo.

What listeners say about Slay in Your Lane Presents: Loud Black Girls

I enjoyed hearing all the contributions of the essays and books. some eye-opening findings and look forward to reading more

As excellent as the first book!! Very inspiring and can't wait for the next book to come 👑👑👑