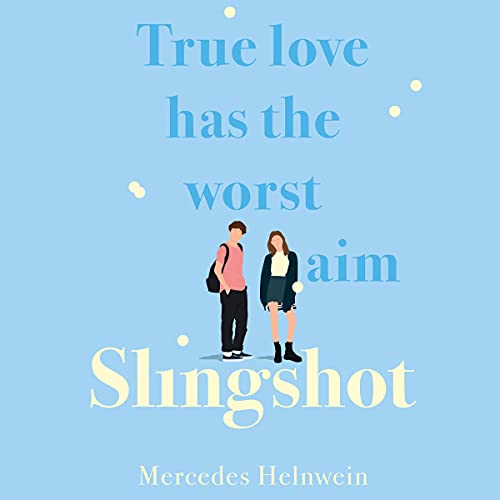 Acidly funny and thoroughly enjoyable, Mercedes Helnwein’s debut novel Slingshot is a story about two people finding each other and then screwing it all up. See also: soulmate, friendship, stupidity, sex, bad poetry and all the indignities of being in love for the first time.

Grace Welles had resigned herself to the particular loneliness of being 15 and stuck at a third-tier boarding school in the swamps of Florida, when she accidentally saves the new kid in her class from being beaten up. With a single aim of a slingshot, the monotonous mathematics of her life are obliterated forever...because now there is a boy in it that she never asked for. Wade Scholfield.

With Wade, Grace discovers a new way to exist. School rules are optional, life is bizarrely perfect, and conversations about wormholes can lead to make-out sessions that disrupt any logical stream of thought.

So why does Grace crush Wade’s heart into a million tiny pieces? And what are her options when she finally realizes that one, the universe doesn’t revolve around her, and two, Wade has been hiding a dark secret? Is Grace the only person unhinged enough to save him?

Eleanor and Park meets Ladybird in this outstanding debut novel.

What listeners say about Slingshot