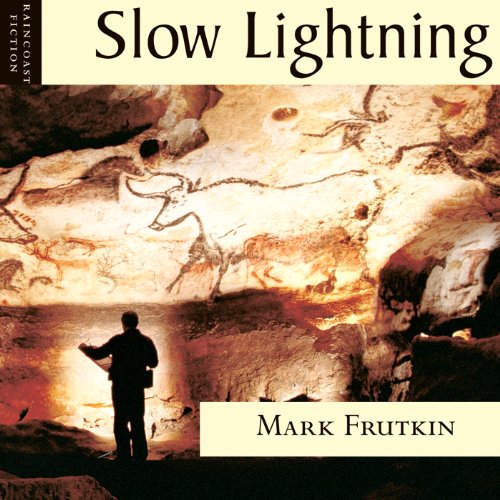 In 1936, escalating violence and unrest in Spain explodes into civil war. Sandro Risco Canovas, an apolitical but unlucky engineering student, is guilty by association and is named among the hundreds on Franco's blacklist. Hunted by the police, he seeks refuge with Jorge, a wounded zealot, and Teresa, a revolutionary spy. He is forced to flee the city alone, posing as a priest along the sacred pilgrimage route, the Saint James Way. On his trusty bicycle, Libertad (a la Don Quixote), Sandro makes his way toward his seaside village of Arcasella. With the help of a leftist partisan from Canada, Sandro hides in the branches of a towering beech tree. Once home, he retreats into a secret cave, setting in motion an elaborate deception.

In Slow Lightning, Mark Frutkin transports listeners to civil war era Spain. This lyrical audiobook follows Sandro, an apolitical engineering student. When he finds himself blacklisted at the start of the war, Sandro must flee his home and the girl he loves. Frutkin blends historical accuracy with magical realism to present an unforgettable hero's journey. Bass-baritone Robertson Dean gives a heartfelt performance, bringing alive the sights and sounds of Spain in the 1930's. Dean's engaging voice with its careful pacing energizes this sensuous and historical audiobook.