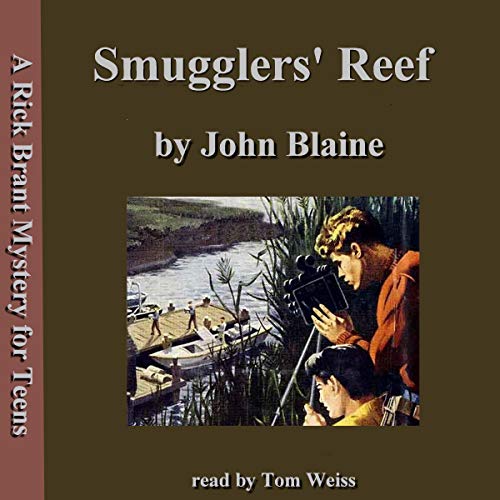 There is something fishy near the scientific foundation near Spindrift Island, NJ. A fishing trawler has wrecked upon a well-known reef by an experienced fishing boat captain who says he was drunk when it happened. The captain is a teetotaler, however, and refuses to talk about how or why his trawler suddenly crashed onto the reef. Rick and Scotty are also baffled, and as they investigate, they find many things don't add up.

During their inquiries, someone tries to warn them off, even firing shots at Rick! To those of us that know Rick, this only intensifies his efforts to find out the truth behind the wreck. Rick Brant is the central character in a series of 24 science-adventure and mystery novels by John Blaine, a pen name for Harold L. Goodwin. Goodwin was a popular science writer with a strong technical background and a sense of style unusual in the juvenile adventure-series field.

Written in the 1960s, the books have a real scientific tone for the time. The books are suspenseful, well-plotted, and enriched by humor, important characterization as well as personal experience, and exotic locations. All in all, a good fun listen for teens of all ages.

What listeners say about Smugglers' Reef