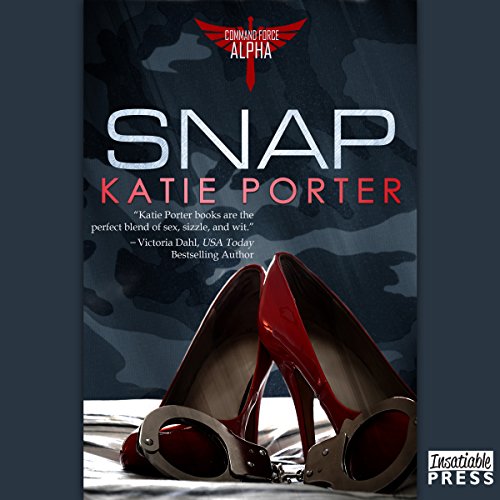 Captain Laurence Madigan is an anomaly - a levelheaded risk taker who learned the dark side of life in Manchester’s slums. He needed those skills to survive fourteen months as a prisoner of Firebird, a shadowy Russian cartel. When rescued, he receives less than a hero’s welcome. He’s considered a wild card - or even a double agent. After enduring agony and degradation for Command Force Alpha, he’s determined to clear his name and bring Firebird down - even if it means escaping CFA’s London facility with a very personal hostage. Oxford-educated psychologist Gemma Calloway should fight her abductor tooth and claw, but loyalty to her old friend wins out. Isolated in a rustic hideaway, she tends his wounds and can’t help staring at his scars and prison tattoos. Their impromptu safe house becomes a haven of uneasy trust and potent, gathering desires. As they sort present dangers from past affection, Gemma realizes she’s in over her head - and up to her heart with longing for a good man whose last reason for living could be revenge. Warning: This book contains a sexy British spy whose year-long imprisonment has left him a little - pent-up. And scarred. And possibly untrustworthy. Watch out for fast-and-furious sexuality, dares that cement a friendship against all odds, and oh-so-wrong but oh-so-sexy tattoos.