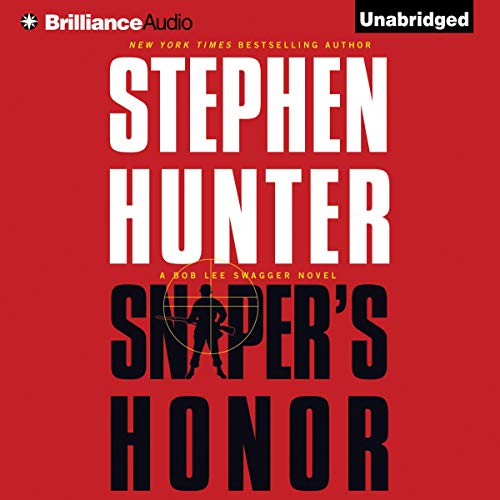 Ludmilla "Mili" Petrova was once the most hunted woman on Earth, having raised the fury of two of the most powerful leaders on either side of World War II: Joseph Stalin and Adolf Hitler.

But Kathy Reilly of The Washington Post doesn’t know any of that when she encounters a brief mention of Mili in an old Russian propaganda magazine, and becomes interested in the story of a legendary, beautiful female sniper who seems to have vanished from history.

Reilly enlists former marine sniper Bob Lee Swagger to parse out the scarce details of Mili’s military service. The more Swagger learns about Mili’s last mission, the more he’s convinced her disappearance was no accident - but why would the Russian government go to such lengths to erase the existence of one of their own decorated soldiers? And why, when Swagger joins Kathy Reilly on a research trip to the Carpathian Mountains, is someone trying to kill them before they can find out?

As Bob Lee Swagger, "one of the finest series characters ever to grace the thriller genre, now and forever" (Providence Journal-Bulletin), races to put the pieces together, Sniper's Honor takes listeners across oceans and time in an action-packed, compulsive listen.

What listeners say about Sniper's Honor

Not outstanding but well preformed

Good narrator, somewhat improbable, but overall, very entertaining and I enjoyed the presentation. Will look for more Swagger tales

Good story as usual,
Interesting history angle. Nicely blended together, you like and feel like you know the people from the past. Even like people you don't think you would.

Highly recommended. If you enjoy reading about WW2, my guess is you won't regret reading this one.

When is the best

I didn’t particularly like the last Bob Lee book, but this was one of the best. I only have one more to read which is kind of sad. I hope it’s as good as this one. It had it all, Bob Lees cunning, some action, adventure, and a historical context.

These remain to be well done. I especially like the accuracy when des cribing the balistics. Recomend the series.

Less action but a deep dive into the Easter Front.

This felt like it took a while to get going and ultimately never did. I have never read a Bob Lee book that jumped back and forth so much between historical and present.

Pros: I learned a lot about the Eastern Front.
Bob Lee is still grumpy.

Con: It wasn't my favorite iteration from Hunter.

Swagger is the best!!

I have always loved the Swagger stories, ever since I saw the Shooter movie. Of course, the books are sooooooo much better! And now, being able to listen to a great narrator makes it even better! Thank you to everyone involved!

Another great work by Mr. Hunter. I have come to expect no less. very well done.

Hunter was my favorite author for years in my teens, as I loved the Swagger books. After discovering Stephen King and as Bob Lee got old I stopped reading Hunter for years. I decided to give him another shot with Snipers Honor and was disappointed. I came very close to returning this book because it was SOOO boring for the first half. Instead, I ended up skipping more than a few chapters that were particularly boring, and was then able to finish because it did improve a little bit in the last half. This book was definitely more of a historical Detective story then action pack Bob Lee classic. Also, as many other reviews pointed out, the plot was a little thin and just somehow it all manage to work out in the end.

the worst of the series.

I enjoyed the other books, this one confused me I could not fellow the storyline