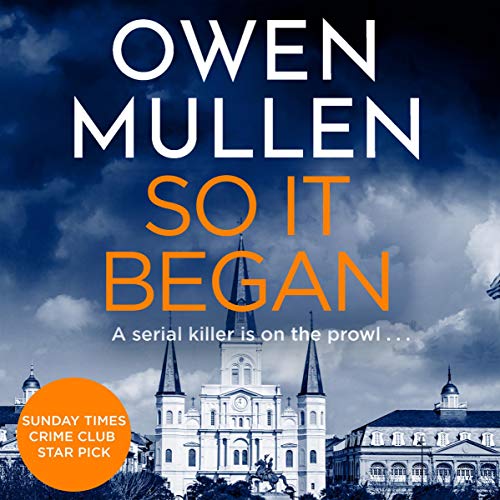 PI Vincent Delaney thought he was done with the New Orleans Police Department. But now a string of child murders brings an unexpected invitation from the FBI, and his old boss.

A serial killer is roaming the South, preying on children appearing in pageants. The police want Delaney to go undercover and use his own family as bait. Accepting would mean lying to people he loves and maybe even putting them in harm’s way.

It’s not like Delaney doesn’t have enough problems already. In Baton Rouge, a violent criminal has escaped and is seeking revenge for the brother Delaney shot dead. And north of the French Quarter, shopkeepers are being extorted - which would normally be a matter for the police, except the police are the ones responsible for the crime.

Delaney has his work cut out for him. And he’ll be lucky if he makes it out of this alive....

Owen Mullen is a best-selling author of psychological and gangland thrillers. His fast-paced, twist-aplenty stories are perfect for all fans of Lee Child, Ian Rankin and Harlan Coben.

"A taut, edgy thriller. Grabs you by the guts in the first chapter and slow squeezes the breath out of you until the very last line." (Helen Fields)

What listeners say about So It Began