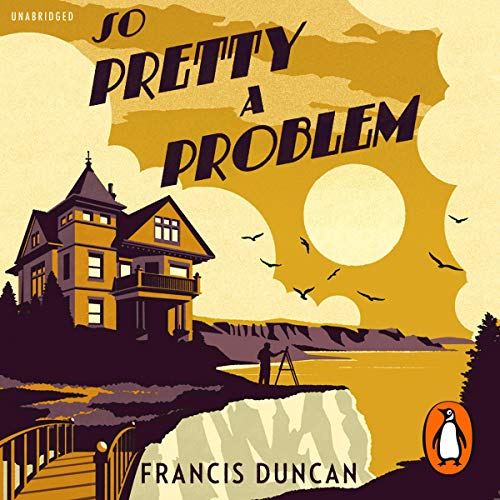 Amateur sleuth Mordecai Tremaine is back in another classic mystery from the author of Murder for Christmas.

Adrian Carthallow, enfant terrible of the art world, is no stranger to controversy. But this time it's not his paintings that have provoked a blaze of publicity - it's the fact that his career has been suddenly terminated by a bullet to the head. Not only that, but his wife has confessed to firing the fatal shot.

Inspector Penross of the town constabulary is, however, less than convinced by Helen Carthallow's story - but has no other explanation for the incident that occurred when the couple were alone in their clifftop house.

Luckily for the Inspector, amateur criminologist Mordecai Tremaine has an uncanny habit of being in the near neighbourhood whenever sudden death makes its appearance. Investigating the killing, Tremaine is quick to realise that however handsome a couple the Carthallows were, and however extravagant a life they led, beneath the surface there's a pretty devil's brew....

What listeners say about So Pretty a Problem

but I really don't. My mind keeps wandering away, away, far away.... Rewind. Repeat.
Back it goes.

The narrator is the only saving grace.

Not really. I mostly used this book to fall asleep, which; atleast I fell asleep.

What could Francis Duncan have done to make this a more enjoyable book for you?

What does Geoffrey Beevers bring to the story that you wouldn’t experience if you just read the book?

Beevers is the books only saving grace; it would be pretty intolerable without him.

The crux of the detectives (and the police's) belief that the wife couldn't have done it is that she's "too beautiful" to be a murderess.
The twist at the end was good, but the method was way waaay too contrived to go for any sort of realism, just, the the contortions he must have gone through. It was too good a "locked room" for his murderer.
The structure was weird too; it started with the murder and investigations, then moved on to the backstory, in a sort of flash-back, then back to the investigation. I'd utterly lost track of any and everything that had gone on before the flashback by the time we got to the end of it.
The detective is too moralistic, the police much too ineffectual and the characters predictable if you've ever read anything written between 1940-1960. Honestly, I felt a bit as if I was being lectured at about the importance of traditional marriage, the evils of makeup and that the police don't know how to do anything but hide resources from more able investigators.

Pretty much; if you liked Murder for Christmas this is pretty much it times two, based in Cornwall and with worse everything.

When author is matched in skill by performer magic

This is my third Frances Duncan novel I have devoured since Christmas, in fact I listened to the complete novel in under 24hrs! It's the perfect match of author and performer. The grace and elegance of Christie but given all the facts. Cannot recommend highly enough

a very confusing layout. the story starts in the middle, than goes back to the beginning and then jumps to the end. I found that very annoying and couldnt listen to it to the end. its a shame because the story would have been quite good.

Geoffrey Beevers does a good job of creating the characters in this book. Tremaine will always be his main voice.
This has lots of twists and turns, unfortunately this story seemed a bit long winded for me as most if it is in retrospect of the main event. Don't be put off by my opinion it still a good listen and the author wrote this in the 50's, so by today's standards it might be considered as heard it all before. However at the time it probably hadn't been.