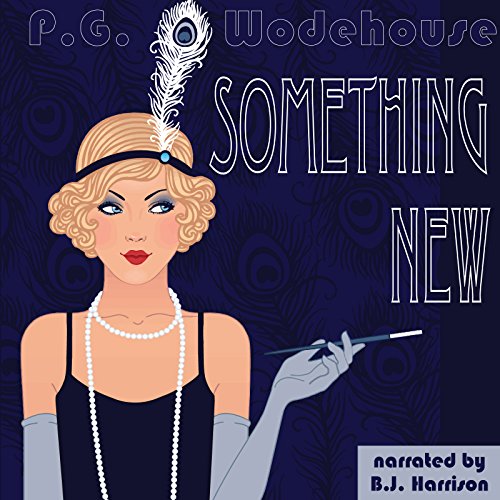 Here, we have a glorious ensemble of Woodhousian characters knocking elbows to foreheads in the elegant and grand Blandings Castle. Meet Freddy Threepwood, the vagrant son of doddering old Lord Emsworth of Blandings Castle. Freddy has recently become engaged to Aline Peters, the American heiress of an irascible father. The snag is that Freddy seems to have at one point become enamored of a struggling actress, Joan Valentine, and written some impetuous and imprudent letters to her. Joan has now moved on and is currently employed as a writer for a magazine's society column. Freddy has employed a certain R. Jones, a man of portly and dubious character, to attempt to buy back Freddy's letters, and keep his engagement safe. We also meet Ache Marson, an athlete who writes the Gridley Quayle series of pulp mystery stories, and also lives in the flat just below the actress/writer Joan Valentine. Got that strait? Sound confusing? Wait till we get going.

Narrated by B.J. Harrison of The Classic Tales Podcast, who brings each whimsical Wodehouse character to life with his usual, wonderful gusto.

What listeners say about Something New

Typical Wodehouse. Delightful, if predictable, witty fluff. Not Jeeves, but fun. Narration was good and audio overall was fine, which sometimes seems to be a problem on books less recently recorded.

Same book as Something Fresh

Just be aware that this edition is the SAME as Something Fresh but without the forward and with B.J. Harrison as the narrator. As I had purchased the other version quite a while ago I returned this one

I've listened to all the Jeeves books, and wanted more so I tried this one. I laughed out loud and often. nothing serious, nothing to worry you, just ridiculous circumstances and good fun.

I have listened to dozens of PG Wodehouse novels all narrated by Jonathan Cecil. I was sure I could not abide listening to PG narrated by anyone else, but since not all Wodehouse books are read by him (and I intend to listen to them all!) and I had recently discovered BJ Harrison through the tour-de-force 50+ hours of listening glory through "The Count of Monte Cristo" and he was now in the top 5 of my favorite narrators, I took the plunge and bought this book. I was astonished by how wonderful PG's humor comes across, sometimes better than with Mr. Cecil - who reads so fast you barely have time to laugh in case you miss what's coming next. Mr. Harrison's pacing, his very attractive and flexible voice, is a perfect fit, for this Wodehouse title at least, which features an equal number of American main characters. However, I know from experience that he does accents and voices superlatively, and I've already bought his Wodehouse collection.

I'm an American, so I'm not finicky about perfect British accents. Jonathan Cecil does his best with the American "accent" but doesn't get it perfectly either. Big deal.

I did enjoy this book, but It doesn’t hold a candle to the Jeeves and Wooster books. Still, I would recommend it.

Love this story. I would have preferred the narration in a British accent. I feel like it fits Wodehouse and the setting better.

Love the story but the narrator didnt suit. so I had trouble completing the book.

Awful narration. One of Wodehouse's stupidest plots, if it really was Wodehouse, which I doubt.

I purchased the book before (different title) with Jonathan Cecil narrating, this nartation is awful.