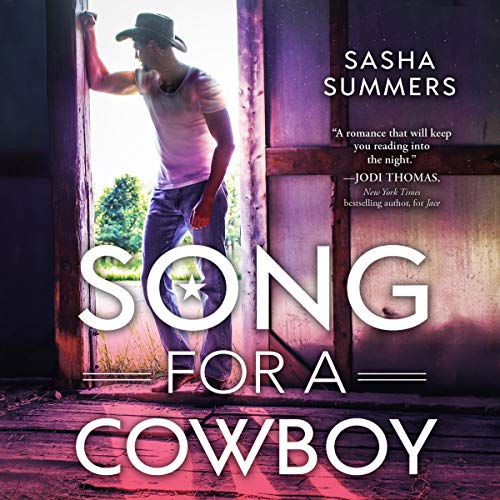 Song for a Cowboy

Emmy Lou King is the lead singer for the famous band Three Kings, and her whole family is legendary in country music. When her father lands her the opportunity to sing the American Football League anthem and serve on one of the AFL's anti-drug charities, she agrees. Combining her fan base and those of the AFL could do some good in the fight against drugs. But can she handle working with Brock Watson? She’d barely recovered from their breakup - and she's never loved anyone else.

When a hotshot second-string player arrives to fill in until he’s cleared to play football, Brock Watson feels the pressure. Dealing with his father's declining health, keeping the ranch running, staying in game-ready shape, and working with the charity that changed his life has left no time for anything else - Emmy Lou included. After six years, he'd like to think she couldn't mess with his head anymore, but one look, one smile, and he knows she's as dangerous as ever. He can't resist her, never could, but this time his heart is off limits.

The more time Emmy Lou spends with Brock, the harder it is to keep her distance. But his devotion to his family, his fans, and this charity can't erase the way he used her to secure his success. Maybe if she can guard her heart, she can accept the fiery no-strings relationship he's willing to offer. But how can she guard something that, right or wrong, already belongs to him?

What listeners say about Song for a Cowboy

I loved the family dynamics for both leads. Family can be a blessing and a struggle. This story was full of well developed character acoss the storyline. Brock was the ultimate hero. I listened to it well I was cleaning and had to find more to do so I could keep listening. My office is now fully organized.