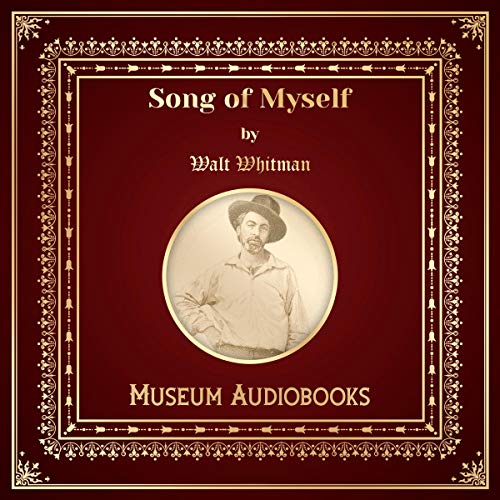 The poem "Song of Myself" by Walt Whitman first appeared in his 1855 volume Leaves of Grass. "Song of Myself" is written in Whitman’s signature free verse style. The "I" of the narrator should not be confused with the person of the historical Walt Whitman, as the first-person persona is portrayed as having transcended the conventional boundaries of self. Most critics consider "Song of Myself" as the core of Whitman’s poetic vision, and it remains one of the most acclaimed of all American poems. In its portrayals of American life and its constant quest for the boundaries of the self, Whitman’s masterpiece resembles the classical epic.

We are not Whitman fans , but this reader does a great job. Thank you.