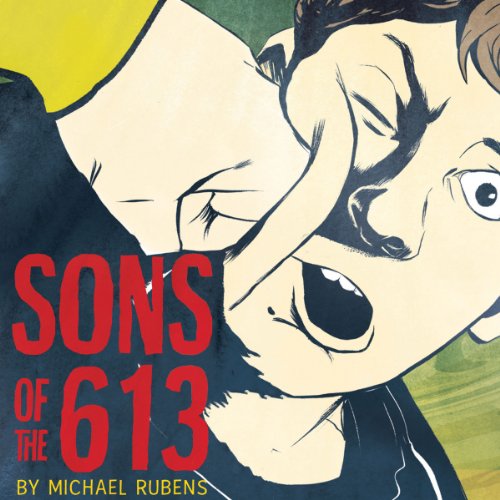 Isaac's parents have abandoned him for a trip to Italy in the final days before his bar mitzvah. And even worse, his hotheaded older brother, Josh, has been left in charge. An undefeated wrestler, MMA fighter, and bar brawler, Josh claims to be a "Son of the 613" - a man obedient to the 613 commandments in the Tanakh - and he has the tattoo to prove it.

When Josh declares that there is more to becoming a man than memorization, the mad "quest" begins for Isaac. From jumping off cliffs and riding motorcycles, to standing up to school bullies and surviving the potentially fatal Final Challenge, Josh puts Isaac through a punishing gauntlet that only an older brother could dream up. But when Isaac begins to fall for Josh's girlfriend, Leslie, the challenges escalate from bad to worse in this uproarious coming-of-age comedy.

What listeners say about Sons of the 613