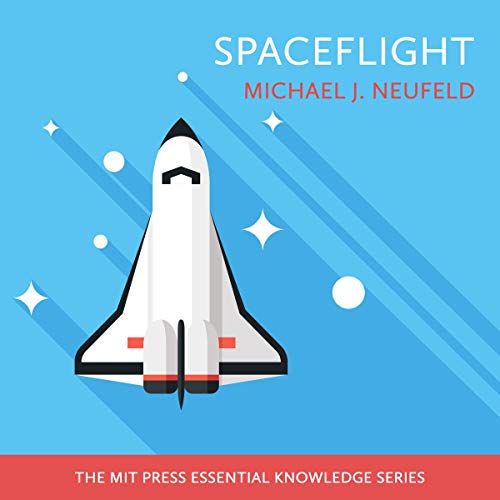 Spaceflight is one of the greatest human achievements of the 20th century. The Soviets launched Sputnik, the first satellite, in 1957; less than 12 years later, the American Apollo astronauts landed on the moon.

Michael Neufeld explains that "the space program" should not be equated only with human spaceflight. Since the 1960s, unmanned military and commercial spacecraft have been orbiting near the Earth, and robotic deep-space explorers have sent back stunning images of faraway planets. Neufeld begins with the origins of space ideas and the discovery that rocketry could be used for spaceflight. He then discusses the Soviet-US Cold War space race and reminds us that NASA resisted adding female astronauts even after the Soviets sent the first female cosmonaut into orbit. He analyzes the two rationales for the Apollo program: prestige and scientific discovery (this last something of an afterthought). He describes the internationalization and privatization of human spaceflight after the Cold War, the cultural influence of space science fiction, including Star Trek and Star Wars, space tourism for the ultrarich, and the popular desire to go into space.

Whether we become a multiplanet species, as some predict, or continue to call Earth home, this audiobook offers a useful primer.

What listeners say about Spaceflight

This book is top notch. Great history of Spaceflight, very entertaining. I read it twice, since it’s very good and very short.