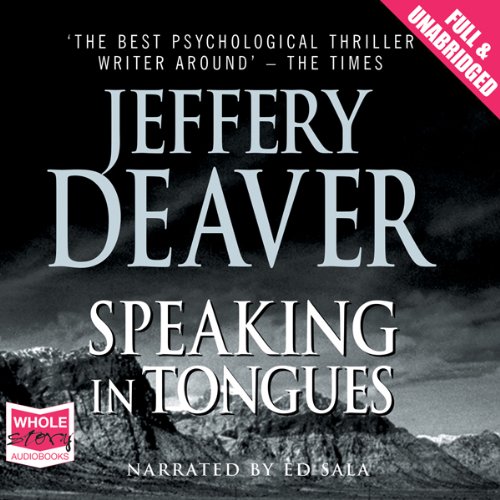 Megan's life isn't going well. It's also about to get worse. A drunken joke has left her having to see a tedious therapist. In his absence, the dynamically different Dr Peters takes over - or so Megan thinks. He manages to shock her innermost secrets out of her, and then he whacks a syringe into her arm before she has time to cry out. Aaron Matthews, alias Dr Peters, isn't having the best of times, either. Chance keeps sabotaging Megan's meticulously planned abduction. If he believed in luck, he'd be cursing his. However, his plan's far too intricately lay to let Megan's friends and relatives tamper with it. Of course, their meddling could provoke one of his moods, and who knows what that could mean for Megan?

Not sure because it lacked so much..... a good plot, interesting characters, any real strategy.

What could Jeffery Deaver have done to make this a more enjoyable book for you?

I know it was written early in his career so I imagine he's already done that.

Any with Connie in them because amongst the very slim pickings he was the most realistic.

Take out the references to sex, drugs, and swearing and this book reads like something out of Scooby Doo. Weak weak plot.