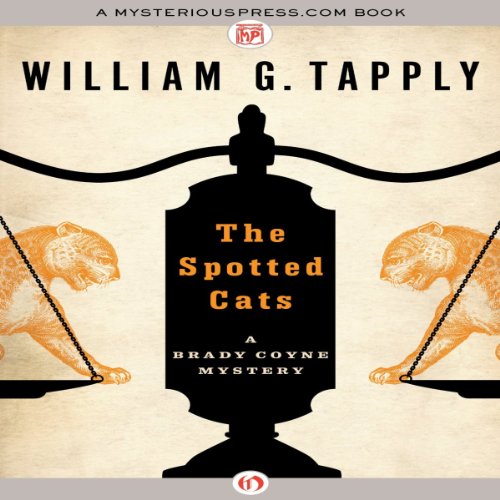 When an aging big-game hunter is robbed, Brady goes on a leopard hunt.

Six years after the leopard attack that ended his career as a professional hunter, Jeff Newton is broken, crippled, and ready to die. His only pleasure is the occasional visit from Brady Coyne, Jeff’s no-nonsense Boston lawyer who’s come to Cape Cod to pay his respects to the old man.As always, Brady is entranced by the ex-hunter’s houseful of trophies, none more dazzling than the seven Mexican leopard figurines.

Solid-gold statues with jewels for eyes, they are priceless, beautiful - and about to be stolen.The thieves club Jeff, cut Brady, and escape with the golden cats, leaving the two men for dead. Jeff ends up in a coma, and Brady sets out to retrieve the trophies. If the old hunter ever wakes up, Brady wants the leopards to be there to greet him.

What listeners say about Spotted Cats