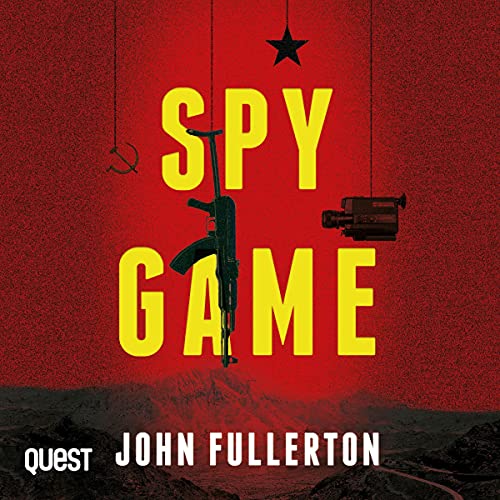 February 1981. The Cold War is in full swing. Richard Brodick decides to follow in his father’s footsteps, joining Britain’s Secret Intelligence Service. As a contract ‘head agent’ based in Pakistan, Brodick’s job is to train Afghans to capture video of the war against the Soviets. However, he finds himself in a murky world of blurred lines and conflicting stories, where he cannot trust anything he has been told, by anyone. What he had thought would be an adventure spying on the Soviets and their Afghan communist allies turns sour when he's ordered to kill his best friend. Will he betray his country or his friend? Which side will he choose?

"A first-rate tale, with all the authority of first-hand experience.” (Luke Jennings, author of the Killing Eve)

What listeners say about Spy Game

At first, I found the narrator’s heavy Scottish accent difficult but as the story developed along with the variety of his other accents, he engaged me more and more with this well-crafted, interesting and exciting tale. It is a particularly relevant story of the Russian occupation of Afghanistan and the interplay with Pakistan’s ISI and Western intelligence and the factionalism between the freedom fighters themselves but all just wanting foreigners to stop waging the Cold War by proxy over their land. I’m looking forward to the next Brodick book on Audible - and the same narrator!

I nearly gave up on this several times. really not much happens of consequence and by the end I was goping for the end