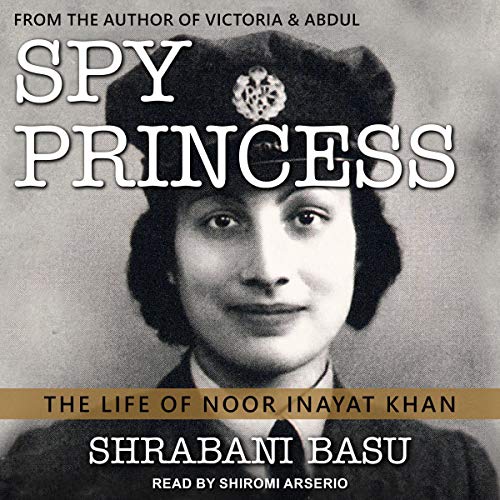 This is the riveting story of Noor Inayat Khan, the descendant of an Indian Prince Tipu Sultan, the Tiger of Mysore, who became a British secret agent for SOE during World War II. Born into an illustrious Indian family in 1914 and brought up in the non-violent Sufi religion, Noor seemed an unlikely secret agent. Yet she became the first female radio operator to be landed in enemy-occupied France, and refused to abandon her post in Paris in 1943, continuing her work under extremely dangerous circumstances.

Shrabani Basu tells the moving story of Noor's life from her birth in Moscow - where her father was a Sufi preacher - to her capture by the Germans. Noor was one of only three women SOE awarded the George Cross and, under torture, revealed nothing but her name - but not her real name, nor her code name, just the name she used to register at SOE: Nora Baker.

Kept in solitary confinement, chained between hand and feet, and unable to walk upright, Noor existed on bowls of soup made from potato peelings. Ten months after she was captured, she was taken to Dachau and, on September 13, 1944, she was shot. Her last word was "Liberte".

What listeners say about Spy Princess