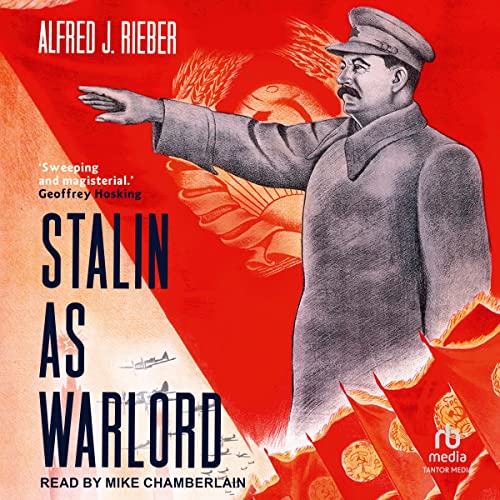 The Second World War was the defining moment in the history of the Soviet Union. With Stalin at the helm, it emerged victorious at a huge economic and human cost. But even before the fighting had ended, Stalin began to turn against the architects of success.

In this original and comprehensive study, Alfred J. Rieber examines Stalin as a wartime leader, arguing that his policies were profoundly paradoxical. In preparation for the war, Stalin mobilized the whole of Soviet society in pursuit of his military goals and intensified the centralization of his power. Yet at the same time, his use of terror weakened the forces vital to the defense of the country. In his efforts to rebuild the country after the devastating losses and destruction, he suppressed groups that had contributed immeasurably to victory. His steady, ruthless leadership cultivated a legacy that was to burden the Soviet Union and Russia to the present day.

What listeners say about Stalin as Warlord