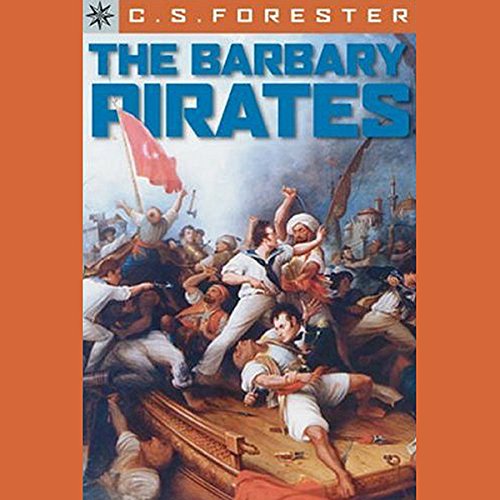 C.S. Forester, creator of the beloved Horatio Hornblower series, takes young readers on an exciting adventure to the shores of Tripoli in North Africa. That's where, more than 200 years ago, the United States was threatened by "pirates" who snatched American merchant ships and imprisoned sailors - and the country's young, untested navy took on the task of fighting the pirates in their home waters.

This true tale features thrilling ocean battles, hand-to-hand combat, and the first landing on foreign soil by the U.S. Marines, and it's as fresh and relevant today as when it was first published.

The civilized world's experience with the Barbary Pirates shows a lesson that is often forgotten in today's international relations and should not be. You can't deal with criminals and terrorists except from a position of strength. Almost every war the U.S. as been drawn into has been following a period when we let our military strength drop. Only then do other countries feel enboldened to try to push us out of the way. This book shows the U.S. at both its worst and best as a leader of freedom and it all true history that has lessons to teach and that need to be remembered.

Not what I was looking for.

This is not like Forester's other works that I was familiar with, as I am a huge fan of Hornblower series.
Bland historical account. United States Early Navy and the War with Tripoli.
Narration is similar. Bland.
Disappointing from a Audible Book standpoint. Would be better read.