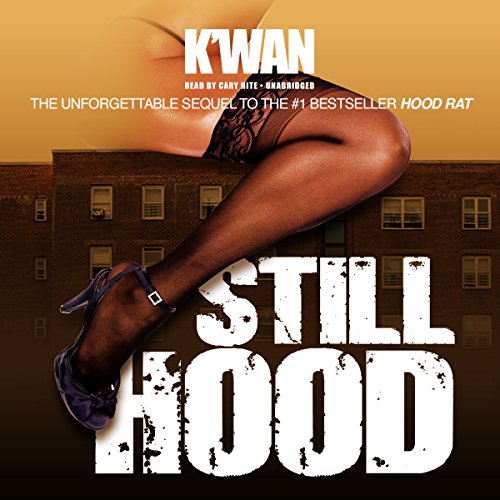 Only the strong survive on the streets of Brooklyn.

While Dena Jones definitely has what it takes to succeed, she wants out. She's determined to make it out of "Crooklyn" by any means necessary and doesn't have a problem manipulating men to get what she wants.

True has finally made it. His debut album has the streets going crazy and is threatening to spill over into the mainstream. After the murder of his group, his jump-off, and almost his dreams, True's life is finally starting to look up - until karma catches up with him. Somebody wants him dead, and he doesn't know why. Or does he?

Jah and Yoshi were supposed to have a romance straight out of a story, but there are no such things as fairy tales in the ghetto. Her position as a stylist keeps her in the mix and in the company of some industry heavyweights. Jah tries to be understanding, but he can't help but wonder just how much he can trust his girlfriend. He had promised to love her regardless of her past. But in addition to wondering whether his girlfriend is creeping with her clients, Jah has a bigger problem: Someone is trying to kill True, and it's his job to make sure that doesn't happen.

Everything k'wan puts his brilliant ideas to is great ,keep letting your mother speak through you.Cary Hite is the best they understand one another. One amazing voice.And I thank you for that.

A Magnificent Story Of Sadness

No mere words can explain the multiple emotions created by this novel. In the end a sorrow so great is all that remains. K'wan gave a story of trials and tribulations that is sure to stand the test of time like great authors before him. Whether it be the love of Jah and Yoshi, the rush of growing up for Dena or the unwavering blood lust for revenge by Sha Boogie this tale of tragedies put you on the sidelines to view firsthand the pitfalls of the hood in Harlem New York City. The urge to mourn characters you have never met or interacted with is incredibly overwhelming. This is something for everyone in all walks of life to grow on. I highly recommend this book to be read. This is a bonified 5 star purchase like very few before it's time.

A great book as I already expected it to be. I can't wait to read more!

loved this book. the twists and turns had me on edge. can't wait to read the next book.

Too many people died. I felt like black ice should have got his. Also yosabell and jah deserved to be happy. So many characters. I almost had to write them out. Oh well the book was ok. Nan

Dena because I didn't think she would fall for ice because she had her head on straight and she wanted better for herself.

The ending of this book was sad..I never expect that to happen to her.

Not the best from the author. Predictable and just not a fun listen for me I'm afraid.

well loved the book and it has multiple stories in one just like the. hood.