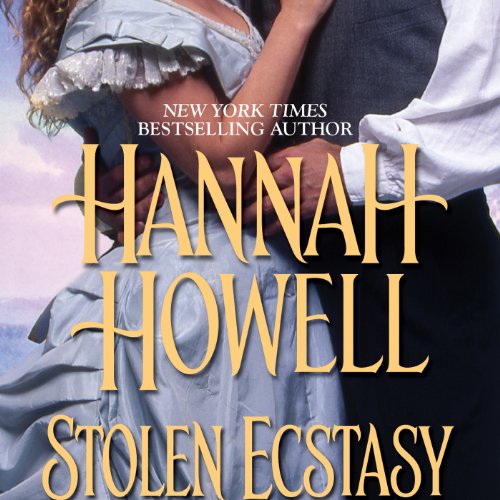 In one night Leanne Summers has lost her home, her every possession, and learned that everything she's ever believed is a lie. So when she witnesses a bank robbery in progress, she doesn't think of the consequences. She steals a gun, barges in - and finds herself being held captive within minutes. The moment Hunter Walsh locks eyes on Leanne, he knows he should leave her behind. The desire he feels for her is a distraction he doesn't need. But abandoning a brave, impulsive woman is turning out to be much harder than it should be. For even the most ruthless outlaw can't ignore an irresistible temptation.

What listeners say about Stolen Ecstasy

Even though this is an older book by Hannah Howell it is not truly dated. It is a historical romance set in the wild west of the America's. Leanne Summers lost everything in one eventful night. Then she got caught up in a bank robbery. Now on the run with the robbers she has many trials instore. One of which is the lead robber Hunter Walsh. Just when she thinks she has her life planned out she is hit with several new threats. Will she and Hunter get their life together enough that they will be able to settle down? Or will they forever be on the run? The narrator was very entertaining.

There were few eye rolling moments and it got a bit soapy- silly towards the end but despite all this I greatly enjoyed this book and will definitely listen to it again.....

This book was too boring and stupid for me. I couldn't even finish it. Sorry. Don't waste your credit or dollars. Find something better there is plenty out there credit or dollar worthy.
Sorry Hannah Howell.
The narration was fine.