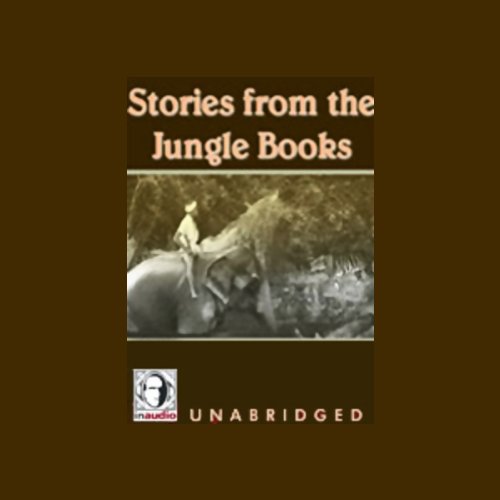 Stories from the Jungle Books

Joseph Rudyard Kipling was born December 30, 1865 in Bombay, India. The name Rudyard was taken from a lake in Staffordshire, England. At the age of six, he and his younger sister were sent back to England where they lived with separate families that took in children for hire. He returned to India at age sixteen. Rudyard knew literary success at a young age and was able to travel. He married Carrie Balestier, an American, and moved to the United States. The Jungle Books were written in Vermont. He died January 18, 1936 in Middlesex, England during an operation.

These are wonderful stories and the reader is one of the best I've heard.

Children's Stories? I Think Not.

I read most of Kipling's Jungle Tales when I was eleven and enjoyed them thoroughly. Perhaps it was after listening to Kim recently in my Golden Years, catching the flavor of Imperial India, that I decided to listen to the Jungle Tales again. Good decision.
The descriptive color and exotic expression seem piercingly fresh probably because we are now so far away from them. It is as Aristotle has suggested, Art has a better way of describing reality than Truth. Listen to the stories with your children, but hear them for your self.