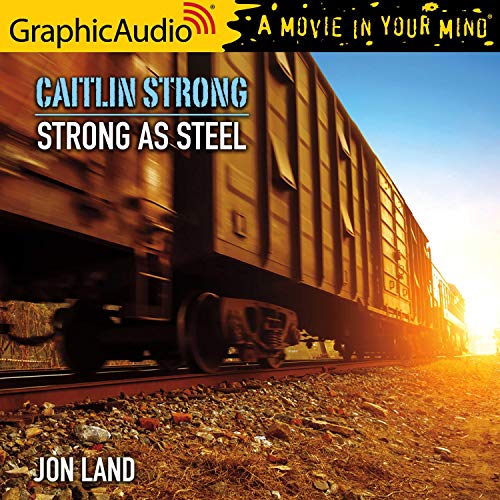 1994: Texas Ranger Jim Strong investigates a mass murder on a dusty freight train linked to a mysterious, missing cargo for which no record exists.

The present: His daughter, fifth generation Texas Ranger Caitlin Strong, finds herself on the trail of that same cargo when skeletal remains are found near an excavation site in the Texas desert. She’s also dealing with the aftermath of a massacre that claimed the lives of all the workers at a private intelligence company on her watch.

These two cases are connected by a long buried secret, one that men have killed and died to protect. Caitlin and her outlaw lover Cort Wesley Masters must prove themselves to be as strong as steel to overcome a bloody tide that has been rising for centuries.

What listeners say about Strong As Steel [Dramatized Adaptation]