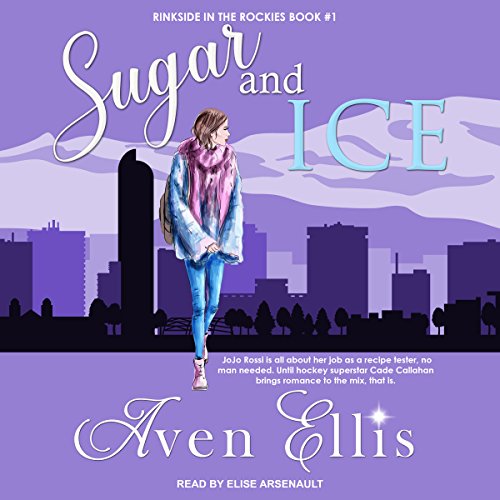 Josephine Rossi has recovered from a broken heart, but has vowed that she's all about the desserts now as a recipe tester for Bake It! magazine. Cheesecake never breaks your heart. Unless it cracks on the top, but still, it tastes amazing if you bake it just right. She knows what to do in the kitchen as far as making luscious desserts. Men? Apparently she's not so good at figuring them out, so she refuses to bother. Josephine knows it is safer to stay in the kitchen than to take another chance with her heart.

Denver Mountain Lions forward Cade Callahan is passionate about hockey but also about finding love. He thought he had it once, but a disastrous romance last holiday season has him keeping his heart in check. While he's fearless on the ice, he's guarded with his heart. Cade is determined history won't repeat itself again. He won't let his guard down until he's certain he's met The One.

However, Cupid's arrow might just strike when these two least expect it. When an oven goes out, and a cheesecake for testing has to be baked, and Cade just happens to live in the same building with a working oven... Well, things other than cheesecake might just heat up in the kitchen. Can these two passionate people learn to trust their hearts again? Can love override fear for Josephine and Cade? And will they find that the combination of sugar and ice is the sweetest one of all?

What listeners say about Sugar and Ice