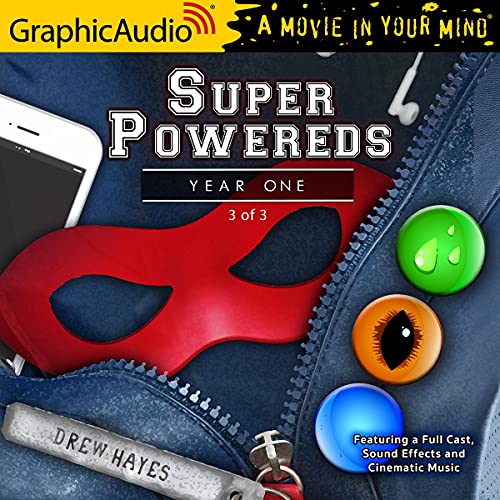 Knowledge is power. That would be the motto of Lander University, had it not been snatched up and used to death by others long before the school was founded. For while Lander offers a full range of courses to nearly all students, it also offers a small number of specialty classes to a very select few. Lander is home to the Hero Certification Program, a curriculum designed to develop student with superhuman capabilities, commonly known as Supers, into official Heroes.

Five of this year’s freshmen are extra special. They have a secret aside from their abilities, one that they must guard from even their classmates. Because for every one person in the world with abilities they can control, there are three who lack such skill. These lesser super beings, Powereds as they are called, have always been treated as burdens and second class citizens. Though there has been ample research in the area, no one has ever succeeded in turning a Powered into a regular human, let alone a Super.

What listeners say about Super Powereds: Year One (3 of 3) [Dramatized Adaptation]

Really gets you into it

Another bingeworthy story from Hayes that's impossible to stop once you start. Could do without kissing sound effects though

This is the way to abridge a book correctly.

This is absolutely worth the credit! I have read this entire series and am still getting this whole set. I like what they have done with the adaptation. I will buy every single one of these in hopes that they finish the entire 4 years. I wanna see what they do with year 4. It was 60 hours when told by one narrator. Graphic Audio is good at what they do. This is no exception to that.