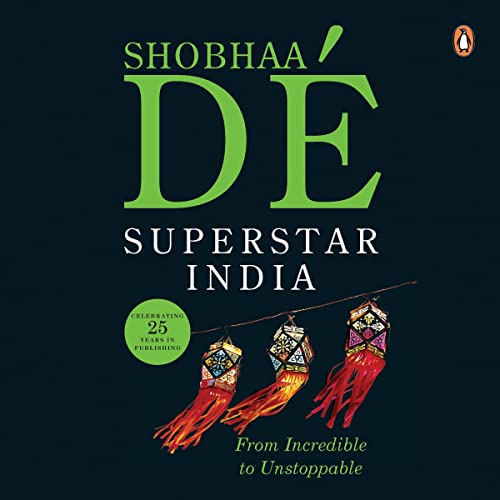 It all began when, viewing the breathless preparations for independent India's 60th birthday celebrations - and poised then on her own sixth decade - Shobhaa De was struck by the thought: "Surely my life has taken the same trajectory as the country's?" In an intimate confession to her listeners, she answers that question, and many more: Does India really deserve to congratulate itself? Has it lived up to the early promises it made to its people? Does the author believe in India herself?

Surveying the many images of the country, De points out that for every truism about India, the opposite is also true: India as the land of the meek; India as inheritor of the earth; India gherao-ed by distinctly unfriendly neighbours; Indians fleeing to jobs in the West and then racing right back to a better life; Indians who ape their erstwhile colonizers and yet cling irrationally to tradition. In a departure from anything else she has written, Shobhaa De focuses on Indian people and their place in the larger human society, pointing out her country's historical failings and equally historical glories. De reasons that the nation has earned superstar status, and with humorous argumentativeness, she convinces the listener that India is not about to lose its glow.

What listeners say about Superstar India