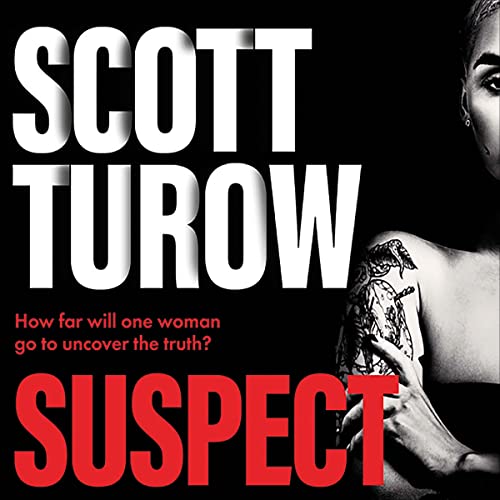 Lucia Gomez is a female police chief in a man's world and she's walked a fine line to succeed at the top. Now a trio of police officers in Kindle County have accused her of soliciting sex for promotions and she's in deep.

Rik Dudekis an attorney and old friend of Lucia's. He's the only one she can trust, but he's never had a headline criminal case. This ugly smear campaign is already breaking the internet and will be his biggest challenge yet.

Clarice 'Pinky' Granum is a fearless PI who plays by her own rules. Her 4-D imagination is her biggest asset when it comes to digging up dirt for Rik but not all locks are best picked.

It's cops against cops in this hive of lies. And it will take more than honeyed words from the defence to change the punchline and save the Chief from her own cell.

What listeners say about Suspect

Odd choice to choose a man to read a story written in the first person when that person is a woman.

Overall the story is okay but predictable. Pulp fiction.

Scott Turow is one of my favourite authors but this one misses the mark. With a few exceptions, I am past reading for significance and literary value. I want to be entertained by good writing and a well paced plot. This one rambles around, pondering at length about a main character's love life, or debating the politics of the legal case. By Chapter 7 I'd had enough. This one's being returned.