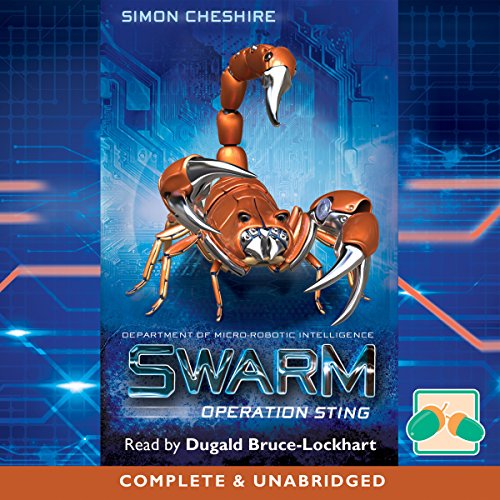 The Secret Intelligence Agency has a new weapon: SWARM--artificially intelligent robotic bugs that act as undercover agents. Operating below the radar, they can fly faster, see farther, and sting harder! They won’t stop until they’ve completed their mission, no matter what it takes.

In the face of trouble, SWARM are armed and ready to fight. In Operation Sting the team is set on a new mission. When a prototype weapon is stolen, it’s a race against time for SWARM to locate and reclaim the weapon before the thieves crack the encryption code protecting it. Can they stop the villains before it’s too late?