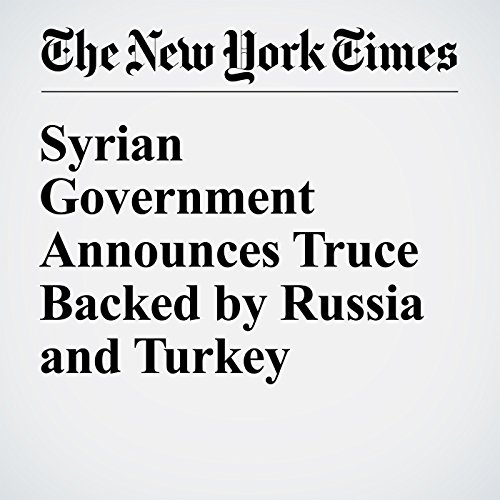 The Syrian government and its most important ally, Russia, announced on Thursday a cease-fire agreement with Syrian rebels and with Turkey — a potential turning point in a civil war that has lasted nearly six years and claimed hundreds of thousands of lives.

"Syrian Government Announces Truce Backed by Russia and Turkey" is from the December 29, 2016 World section of The New York Times. It was written by Ben Hubbard and Neil Macfarquhar and narrated by Keith Sellon-Wright.