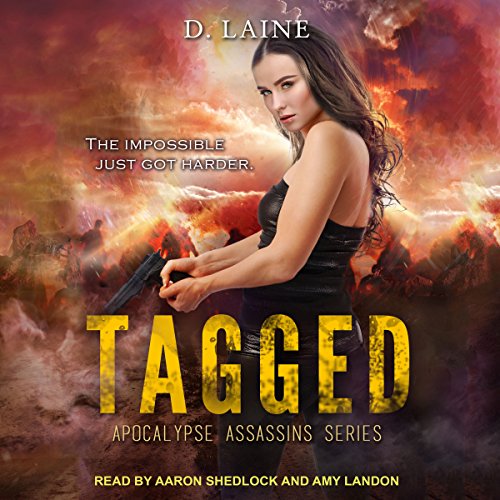 Lucifer has officially declared war. Survivors are under attack. The apocalypse is in full swing, and only the strongest will survive what is coming.

With assassins Dylan Romero and Jake Walker by her side, former college student Thea Collier witnesses firsthand the dangers of her new reality. Forced to accept the role she was born into, she has no choice but to make the long trek to The Agency to prepare for a future as an assassin. Will they find the protection they seek and allies ready for a counterstrike? Or will the impossible only get harder?

With hell one step closer to taking over what remains of earth, this crew of assassins is prepared to fight for what is theirs. Live or die, they are in it together.

What listeners say about Tagged

The story is full of plot holes. It’s just ridiculous. On top of that most of the characters are bratty, self involved drama queens.

Also, the female narrator should stick with pharmaceutical commercials. She’s way too old for this part and has an obnoxious voice - especially her male impressions.