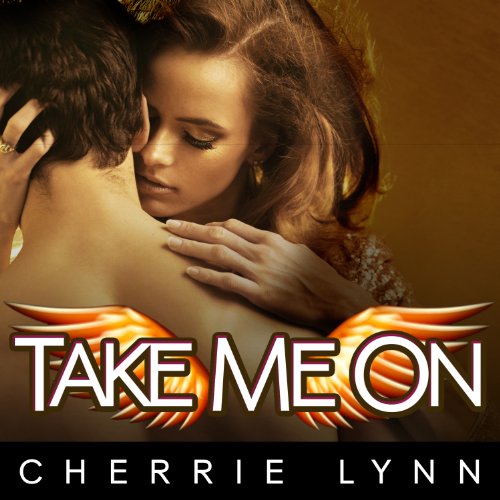 Gabriella Ross suffered every bride's worst nightmare: a no-show groom. Now summer stretches before her with nowhere to go but home, at least until it's time to return to medical school. Determined to prove she might be down but definitely not out, she chucks all her old plans in favor of having a good time - starting with giving herself a pair of wings.

Tattooed wings, that is, in the form of a phoenix on her back. When everyone else at Dermamania chickens out at the prospect of putting the gorgeous, perfect skin of the boss's big sister under the needle, Ian Rhodes finds himself stepping up.

Then he unexpectedly connects with her through tears that have nothing to do with the pain of getting inked. Attraction flares into one hot night that was supposed to stay that way-single, and secret. But best-laid plans have a way of getting blown out of the water. Now two perfect strangers must plan for a very different future...beginning with whether there's enough common ground to spend it together.

Good book. Worth the read.

I have enjoyed getting to know the characters in this series. It is worth the read. Everybody has problems of their own. Sometimes someone comes into your life and they are so not what you are looking for but yet they just fit perfectly.

Good, but not my favorite by this author

I have always liked Cherrie Lynn's books ever since I started listening to them. Her stories are always very hot and sexy with some humor mixed in. However, although I did like this book, it was my least favorite of the four that are listed on this site. I didn't like the story as well. It was worth the credit but usually I can't stop listening to her books until the end but this one took me a while to get through just because I wasn't as excited about listening to it as I was the others.

Wish they would not have changed narrators. The new one is unfamiliar and very drab compared to the amazing narrator for the first three books.

Terrible narrator. I went through the 4 books in order. I was surprised that the narrator changed for the last book. She sounded monotone, like she was just reading. It was hard to discern the different characters, unlike the last narrator. It took so much away from the story. Dissapointing!

I love this writer. I hate this narrator. I read the second and the third book through audible and the narrator was good but this narrator is really not great. Her voice is both nasally and irritating at the same time it sounds like my aunt reading not a professional...

Yes, but only if they read the series.

I would have elected to hear someone with a stonger voice. The person narrating the story was not convincing. Too monotone and the voice sounded too young for the main character.

The narrator needs to put more emotions into her reading.

Was Take Me On worth the listening time?

Maybe, I like the story but again compared the the person who orignally narratated the other books in the series I found it lacking in emotion.

Pretty great addition to a hot series. But I honestly recommend reading it rather then relaying on the audio to get into this series. Tantor changed narrator's this time but it still was rough getting though, what should be a hot listen. Elizabeth Hart was slightly better then the previous books narrator, she has potential (maybe) but I still had a hard time trying to just get into the story and ignore the irritation

SPOILER ALERT********** Gabby really pissed me off after her mother gave her unwarranted and completely unnecessary thoughts about Ian. Gabby came off as a weak woman due to her reaction. The fact that she even gave Mark the time of day was fucking ridiculous. She basically considered given him another chance. She said "I'm not desperate" to Mark but that's exactly what she was. Using terms with Mark like "we" and "fix" was mind boggling, telling Mark maybe there was a chance??? She really pissed me off, how dumb can you be. & WHY THE HELL did her mother tell Mark she was pregnant? Her mother didn't like Ian but was ok trying to get Mark another chance with her first born, only baby girl. The Mark that left her daughter at the alter. I am sorry but Gabby is a fucking BITCH! She became pissed at Ian then at Mark then at Ian. She is just dumb and weak. I don't like her character, pregnant or not she is a dumbass. She was a walking contradiction, whoever liked this book is insane. Gabby ruined the whole thing. I kind of wish Ian went on a date with another woman, an ex! See how she feel, choosing her mother's happiness over her owns. I would not fight for this heroine, she sucks. SHE FUCKING LET THAT PIECE OF SHIT KISS HER! DUMBASS

I liked the original narrator for the previous 3 books. It is also always better to have a different voice for the male female roles.
All of the books in this series have interesting stories and I like the way the characters from the previous stories actually interact in the later books.