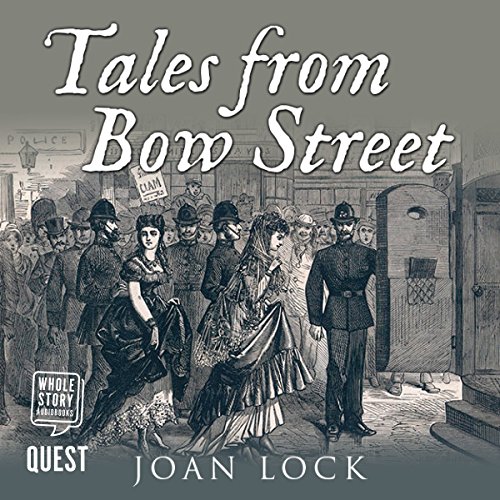 Bow Street Magistrates Court is justly famous as the birthplace of an efficient system of summary jurisdiction. Less well-known are some of the fascinating characters who have taken part in the court's dramas over the years. Most people know of the early pioneer stipendiary magistrates Henry and John Fielding. But what of Nicholas Bond, the ambitious and devious Bow Street Runner who (under John's patronage) became a clerk of the court and later a Bow Street Magistrate? And what of the 'noted highwayman Hawke', who had escaped prison in 1774 and now terrorised the wealthiest Londoners? Not to mention Mary Scroote, who brutally felled the man who refused her advances.

At the turn of the 19th century, Bow Street took on a legally armed Britain.

Tales from Bow Street is a gripping narrative of the history of London’s policing. Join Joan Lock as she delves into the criminal underworld of 18th-century London, a city riddled with pickpockets, prostitutes, highwaymen and murderers.

From the hanging murders of the 1700s through to Cold War espionage and the birth of the 1950s policewoman, Lock’s book is rich in periodic detail, listenable history and enlightening anecdotes.

One anecdote after another

They are all interesting, but it is difficult to make sense of how these disparate crimes and punishments cohere. More synthesis and analysis would have been helpful. Still, makes for fascinating, escapist--though grim-- listening.

Narration is mostly clear but a tad too soft spoken..