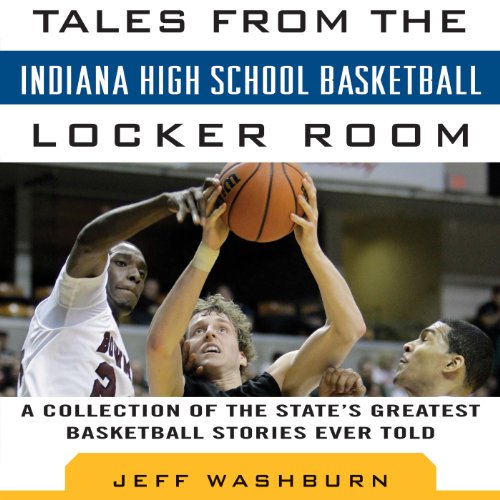 It is often said that while Dr. James Naismith invented basketball in Massachusetts, the sport was raised and ultimately came of age in the high schools of Indiana, the state where politics, religion, and sweet corn fall in line behind the game played with the round orange ball. Tales from Indiana High School Basketball

, now newly revised, centers on those special people who have played the game - their stories, their passion, their drive for excellence, their laughs, and their tears. This is a book about Lebanon schoolboy hero Rick Mount, the first prep basketball player ever featured on the cover of Sports Illustrated; it’s about Gene Cato, the Indiana High School Athletic Association’s former commissioner whose father - his high school coach - would not put the young scoring phenomenon into a game until his team’s fans demanded it; it’s also about Marion’s “Purple Reign” - consecutive state championships in 1985, 1986, and 1987 when the Giants were the most important game on every opponent’s schedule. John Wooden, Bobby Plump, Steve Alford, Damon Bailey - it’s as easy for an Indiana high school basketball fan to roll the names off the tongue as it is to find the broadcast of a high school game on AM radio on any Friday night during an Indiana winter. Tales from Indiana High School Basketball is not so much about statistics and winning streaks as it is about the personalities and emotions of those who created a phenomenon that became a way of life in the Hoosier State.
©2004, 2011 Jeff Washburn (P)2012 Audible, Inc.

Jeff Washburn's Tales from Indiana High School Basketball tells the stories of young, talented kids in Indiana who become the stuff of legends. These anecdotes span over 90 years and are certainly not just about high school kids who can play ball. They are stories that show Hoosier passion, pride, and dedication. Washburn, a Purdue graduate and sportswriter, is deeply passionate about Indiana high school basketball himself. Performer Tim Lundeen presents these stories with excellent diction and a tone just as serious as basketball is in Indiana.

I had trouble getting past the narration. So many mispronunciations and lack of basketball knowledge.

Great stories from the capital of high school basketball. I would definitely recommend for all my friends that are lovers of round ball