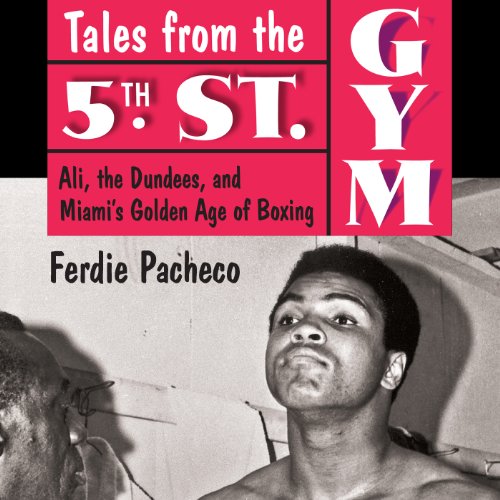 Tales from the 5th Street Gym

Tales from the 5th Street Gym is the first book to chronicle the fascinating history of the 5th Street Gym from one of its insiders - Dr. Ferdie Pacheco - with crucial contributions from Tom Archdeacon, Angelo Dundee, Suzanne Dundee Bonner, Enrique Encinosa, Howard Kleinberg, Ramiro Ortiz, Edwin Pope, Bob Sheridan, and Budd Schulberg. Discover the secret history of one of boxing's most hallowed grounds, as Pacheco recalls the rise, heyday, and fall of the "sweet science" at Miami Beach.

Ferdie Pacheco, the "Fight Doctor", is a physician, boxing analyst, screenwriter, author, and artist. After serving 15 years as Muhammad Ali's physician and corner man, he began a career as a boxing analyst for NBC, Showtime, and Univision. He received an Emmy Award for his work on a series of specials on Ali's greatest fights. His most recent book is Blood in My Coffee: The Life of the Fight Doctor.

I started boxing a while ago. I wanted inspiration and a way to connect to a time honored sport. I not only want to train my muscles but also my mind. Which I must ask...who wrote this book?

I made about 35 minutes into the book and had to stop to go chew grass in the front yard because I was severely vitamin deficient from this mess.

Just because the guy's famous doesn't mean information about him floods into my house and drowns me in knowledge. SHUT UP AND TELL ME!!!

This book sucks. Gimme my credit back.