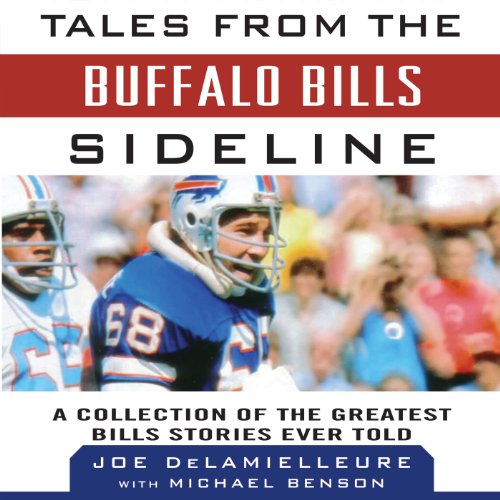 Tales from the Buffalo Bills Sideline

Hall of Famer Joe DeLamielleure, anchor of the Bills' offensive line nicknamed the "Electric Company", was an integral part of one the most historic achievements in NFL history: O.J. Simpson's 2,003 yard rushing season in 1973.

Along with in-depth, insider accounts of this legendary Bills team, DeLamielleure candidly reflects on his own life and career as one of the most accomplished Bills linemen of all time.

In the 1970s, Joe DeLamielleure led a Buffalo Bills offensive line affectionately called the Electric Company, because they turned the power up. A starter from the first game of his rookie season in 1973, DeLamielleure led the way to the first 2,000-yard season in NFL history. After that, the feats of glory just continued to pile up, to the enthusiastic roars of the crowd. In this unique collection of Bills stories, Hall of Famer DeLamielleure gives fans an inside look at the golden age of Bills football.

Tales from the Buffalo Bills Sideline takes readers behind the scenes and into the locker room with one of the most exciting teams in Bills history. He shares how his unbelievable career almost never started, his experiences working with Ralph Wilson, the adrenaline-filled excitement of being elected to the Pro Football Hall of Fame, and so much more. Without a doubt this is a must-have for every generation of Bills fans.

What listeners say about Tales from the Buffalo Bills Sideline