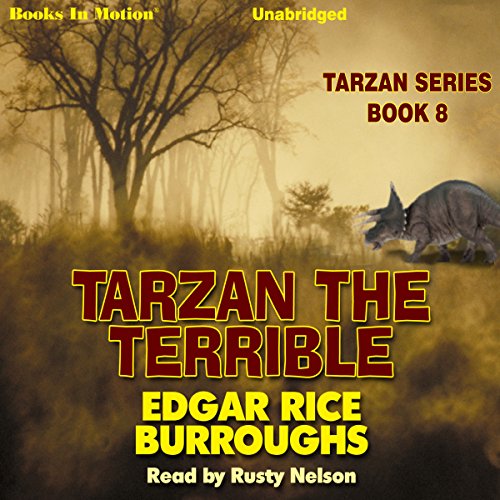 In this novel two months have gone by, and Tarzan is continuing to search for Jane. He has tracked her to a hidden valley called Pal-ul-don, which means "Land of Men." In Pal-ul-don Tarzan finds a real Jurassic Park filled with dinosaurs, notably the savage Triceratops-like Gryfs, which, unlike their prehistoric counterparts, are predatory. Jane is also being held captive in Pal-ul-don, where she becomes a pawn in a religious power struggle. Tarzan continues to pursue the rescue of his beloved, going through an extended series of fights and escapes to do so. In the end success seems beyond even his ability to achieve.