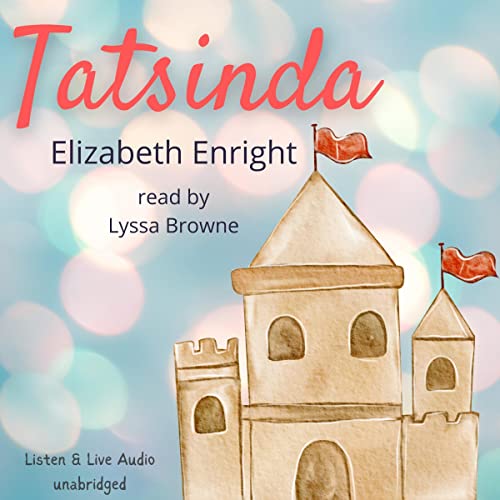 Tatsinda is considered an outsider by the people of the Tatrajanni kingdom. Her talent as a weaver has ensured that she can support herself - and perhaps win the love of the handsome Prince. But when an evil giant takes Tatsinda prisoner and plans to destroy the kingdom, it will take all the magic, skill, and love that Tatsinda and the Prince can muster to foil the giant and restore peace and beauty to the mountain.

Elizabeth Enright was born in Oak Park, IL, on September 17, 1909. Her stories do not hide nor dwell on the pain, conflicts and disappointments of childhood but celebrate the joy, pleasure and love that are families. In 1939, Thimble Summer was awarded the Newbery Medal. Gone Away Lake gained three top honors over the years. In 1957 the book received the New York Herald Tribune's children's Spring Book Festival Award. It was also a 1958 Newbery Honor Book. In 1963, the American Library Association named Gone Away Lake as the US nominee for the international Hans Christian Anderson Award. In 1996, Enright was posthumously awarded a LLD degree by Nasson College.

Lyssa Browne started performing in theater when she was very young. After receiving a Bachelor of Arts degree in Theatre and Dance she moved to Seattle where she has performed in many area theater companies. Lyssa's voice can be heard as many different characters in Nintendo and X-box games, as well as the narrator of documentaries for the Discovery Channel and others.

What listeners say about Tatsinda