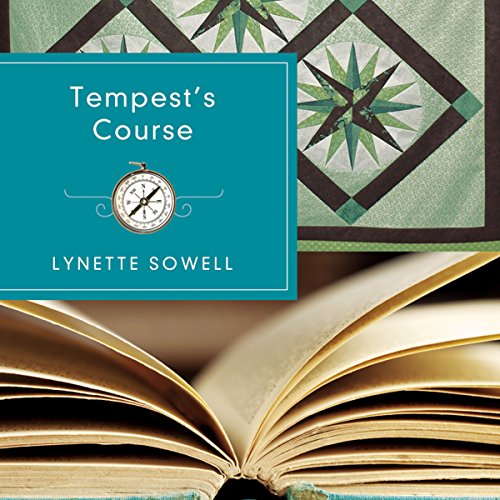 Kelly Frost, a textiles conservator, is invited to the Massachusetts coastal city of New Bedford to restore a 150-year-old Mariner's Compass quilt. But there is one stipulation: she must live and work in Gray House, a former whaling captain's home, where the quilt is stored. There she meets Army veteran Tom Pereira, the caretaker of Gray House, whose heart seems as hard as the rocky Massachusetts coastline.

Over the long-lit months as Kelly works to restore the quilt, she and Tom grow closer. And as she reads stories in a daily journal penned by Mary Gray, she learns the secrets of the quilt and Mary's own sad tale of regret. Then Tom learns secrets of his own family's past, and both Tom and Kelly learn they are tied to Gray House in ways they never imagined.

What listeners say about Tempest's Course

This was another book from the Love For Quilts series. It was a tender story of heartbreak that started in the 1850’s and ended up in the current time period with families reunited with family they knew nothing about. I enjoyed the quaintness of the story.

the storyline seemed good but I didn't finish it because I didn't enjoy listening to the narration. the reader did fine with dialogue, but during the other parts of the book it sounded like she was reading and not narrating.

not terrible not my favorite

The story was ok. The narrator was clearly reading, and not acting. I found myself constantly repeating dialog to myself with different word emphasis to sound more realistic.