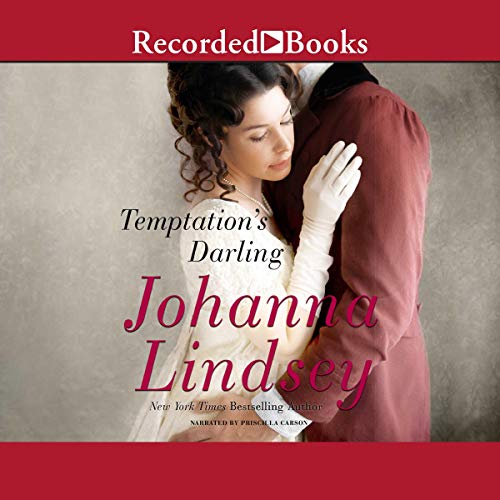 Number one New York Times best-selling author Johanna Lindsey blends passion and humor in a dazzling, Regency-era novel in which a disastrous debutante becomes the toast of the town with a little help from a friend of the Prince Regent's.

Threatened by powerful enemies, William Blackburn, Earl of Ketterham, lives in exile in the Scottish Highlands with his daughter Vanessa. When she comes of age, William urges her to return to her mother in England to make her debut. Raised with all the advantages and freedom a boy would have, Vanessa doubts she can fit into the mold of a proper young lady. Still, she agrees to re-enter fashionable society, determined to end the vendetta against her father, never imagining the high price she will have to pay.

Lord Montgomery Townsend enjoys living on the edge, courting danger as he fixes potentially scandalous problems for the Prince Regent. While hiding out at the home of the Countess of Ketterham, Monty watches a disaster-in-the-making as his hostess tries to prepare her estranged daughter for a match with the pompous son of a powerful family. Puzzled as to why independent-minded Vanessa submits to being turned into a puppet and wants to marry the arrogant rogue, Monty nonetheless steps in to make her dreams come true. But no good deed goes unpunished and soon he faces more pressing problems, including the temptation to upend Vanessa's wedding plans so he can marry her himself!

I saw a lot of other JL fans didn't like this book. I did. It's a very sweet love story.

I normally love Johanna Lindsey's books, but the narration was so
bad with this one, I barely got thru it. I'm going to read the boom in hardcover and hopefully, that will make the story come alive. I truly hope JL never uses this narrator again!

I’ve read every Lindsey book she has written. This one was good but she’s done much better. Even her “ok” books are better then most. So definitely worth a credit.

I have been reading or listening to her books for years. It all started for me with the Mallory family. As a matter of fact, I may revisit that family.

loved it like all of Johanna Lindseys books.
I used to have them all, but not any more.

it was kind of boring, didn't care for the narrator and even the characters were only so so.

I'm a big Johanna Lindsey fan, so I'm biased, but I enjoyed this book quite a bit. True to form, Lindsey weaves a tale of love with budding relationships and relatable characters. Also, I may never read another romance novel without hearing it in Priscilla's amazing voice and accent.

This book was so much fun and an easy, simple pleasure that made a nice long weekend even more enjoyable. Johanna Lindsey does not disappoint - and the audible reader made it great entertainment.

One of the best

Johanna Lindsey provides another great book! Such a wonderful story with well developed characters. Priscilla Carson did a good job bringing them to life.

Great story and brilliantly read. Really enjoyable and would be interested in reading further books as a series with the storyline continued.