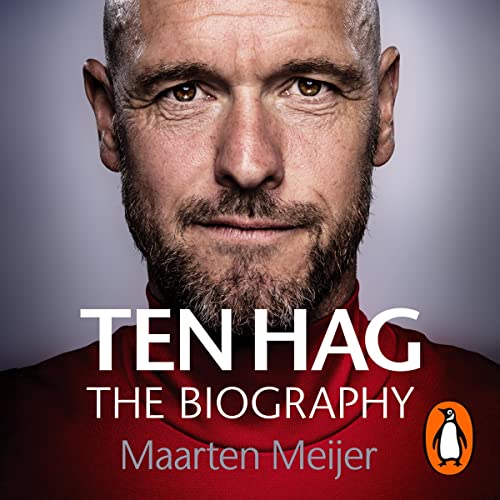 Good is not good enough. You have to be even better - Erik ten Hag

Who is Erik ten Hag? With an air of unperturbability, he ignores critics, follows his own methods and relentlessly pursues perfection on the pitch. His uncanny ability to analyse and solve problems—the 'process' as Ten Hag calls it—has unfailingly led to breakthrough. There is no magic. There is only intelligence at work, personal devotion to players and near-obsessive attention to detail.

At Ajax, Ten Hag brooked no dissent and moulded his team into a smoothly operating unit of attack. His team enjoyed an astonishing run, winning three league cups in a row and reaching the Champions League semi-finals for the first time in a quarter of a century. Along the way, they produced some of the brightest and most entertaining football seen in Europe for years.

Maarten Meijer's definitive biography follows Erik ten Hag, from his upbringing in the Dutch countryside to his domestic triumphs and European victories. Meijer's book is the ultimate guide to the man with the momentous task of ending a decade of disappointment at Manchester United, and beginning a new era of great and winning football.

What listeners say about Ten Hag