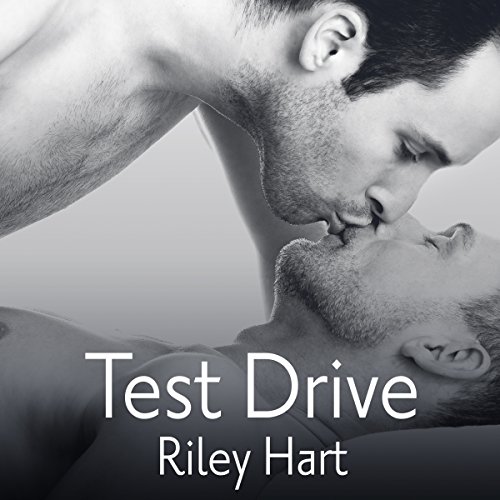 A double shot of devastating news turns Justin Evanson's life upside down. When he learns his father has cancer, and he has siblings he never knew existed, he leaves everything behind and moves to Virginia to support his dad as he tries to make amends with his family - a family Justin's not sure he has a place in. Things go from bad to worse when he discovers his recent hookup is his newfound sister's brother-in-law.

Drew Sinclair never expected to see Justin after their night at the club or to discover their family connection. If anyone found out, it would give Drew's brother another reason to hate him. But there's something about Justin that draws him in, and it's not only because they burn up the sheets together.

One meeting leads to another, and before Justin realizes it, Drew has become the only thing in his world he feels is his. And for the first time in his life, Drew knows what it means to be needed. Being there for Justin and supporting him when things spiral out of control feels right. But with so much happening so quickly, it's hard to trust their feelings. Is this thing between them real? Or just a test drive before life forces them down two separate roads?

Very enjoyable and I was sorry it had to end.

This was my first RH book. I laughed and cried and I'm looking forward to reading more.


I've loved the books in this series. The stories have all been so heartfelt and moving, and the characters are so wonderful. Nick & Bryce and Landon & Rod are great couples, but I think this book is my favorite of the 3- there was just something truly special about Drew and Justin.

Test Drive was so much more emotional than I thought it would be. Lots of tears were shed over the course of my listen. I had to turn it off towards the end, when I was driving to work because I was afraid I was going to arrive looking like a complete wreck and scare my coworkers! But it was also sweet and hot and so endearing.

Ms. Hart did a lovely job developing Justin and Drew and their story. You could definitely feel how conflicted Justin was, with everything that had been thrown at him- dealing with his father's failing health, finding out about his half-siblings, and the myriad of emotions that those things caused. Drew seemed to arrive on the scene at the perfect time. Not that he didn't have his own set of issues, with his own family, but he turned out to be a real support for Justin and I loved that about him. They had such a great rapport and understanding of each other. I fell hard for these two.

Once again Sean Crisden did a terrific job with the narration. With the 2 other couples from the previous books making appearances in this one, not to mention the new characters, he had a lot of male voices to cover. And he nailed them all!

Narration hooked me into a good story.

Would you listen to Test Drive again? Why?

I would listen to Test Drive again, it had very good character development and was a good story. I enjoyed feeling Drew and Justin fall in love and deal with their family situations.

Would you recommend Test Drive to your friends? Why or why not?

Yes, I would recommend Test Drive to my friends, the narration was very well done and story drew me in.

Which character – as performed by Sean Crisden – was your favorite?

Crisden did a great job of bringing Justin to life and made him seem very authentic.

I easily could have listened to the book in one sitting (if I didn't have to work or take care of other basic needs!)

best book of the series

If you could sum up Test Drive in three words, what would they be?

the whole series is great, books one and three are by far my favorites..... I Love the way all six men are in all three books, they make a great family... worth listening to for sure....

I love the Love Story between Drew and Justin. this story shows out of tragedy love come deeper. family bonds become stronger.

3 of 4 people found this review helpful

Just ok. I thought this was the least interesting out of all 4 books in this series. The story just didnt hold my interest and the 2 MCs didn't seem to have the connection that the other couples had.

This is not a standalone. You def have to read the others first to get all the family drama.

The narrator did an ok job. he's def not one of my favs and some of his voices are hard to listen to.

I love the unapologetic gusto with which he reads allll the delicious sex, but his lady voices are Le Terrible.

not my favorite but still good.

This being the third book in the Crossroads series it was wonderful to see the characters from the previous books and the friendships that have grown throughout them. The tenderness between Justin and Drew was gorgeous, you really felt their relationship.

Have you listened to any of Sean Crisden’s other performances? How does this one compare?

Yes, I've listen to lots of Sean Crisden's performances and him narrating a book goes a long way to me buying it.

Now waiting for the novella in audio... :)

If you could sum up Test Drive in three words, what would they be?

enjoyed istening to this story got envolved in th characters

What was one of the most memorable moments of Test Drive?

when they both accepted how they felt about each other

Which character – as performed by Sean Crisden – was your favourite?