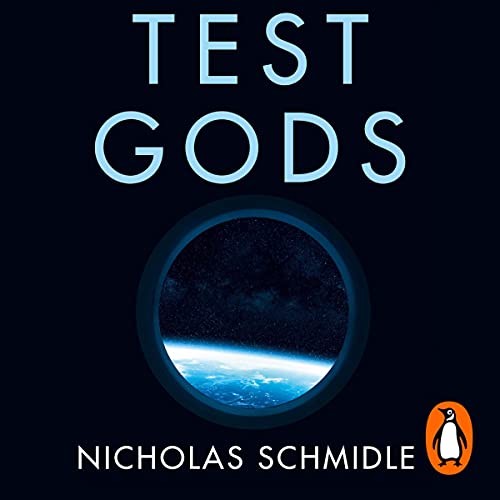 Meet the astronauts leading the way to a new world of space travel.

When Richard Branson founded Virgin Galactic in 2004, his goal was simple: to offer paying customers a trip to space by the end of the decade. Seventeen years, countless delays, and one catastrophic crash later, his space tourism dream may finally be on the verge of becoming a reality.

Now, Schmidle offers the definitive account of life inside the new space race. Drawing on hundreds of hours of interviews with Virgin's lead test pilot, Mark Stucky, Test Gods describes the making of a modern astronaut. Schmidle recounts Stucky's life - from starry-eyed youth to NASA, the Air Force, and Virgin Galactic, and through dozens of gruelling test flights to his first successful trip beyond the Earth's atmosphere.

Along the way, we meet the colourful cast of engineers, executives and mechanics battling to take Virgin to space. There's Branson, who emerges as an excitable if overoptimistic evangelist for commercial space travel. There's Mike Moses, Virgin Galactic's grounded, unflappable president. And there's Mike Alsbury, the pilot whose momentary miscalculation sends his aircraft crashing into the Mojave Desert - making him one of the first casualties of the new space race.

The result is a compelling examination of the inner lives of a new generation of astronauts. Theirs is a world where the line between lunacy and genius is blurred, and where no sacrifice is too great in pursuit of the dream of space travel.

"An instant classic." (Scott Kelly, astronaut and author of Endurance)

"Adventure in its purest form - rich with risk, courage and friendships." (Bear Grylls)

"A hurtling narrative about the test pilots of the Virgin Galactic space program, Test Gods is a hugely ambitious feat of reporting and storytelling and a fitting twenty-first-century sequel to The Right Stuff. Schmidle captures not just the technical wizardry of the spaceships and the envelope-pushing prowess of the pilots, but also the very real costs, for the pilots and their families, of reaching for something beyond this world." (Patrick Radden Keefe, author of Say Nothing)

What listeners say about Test Gods

amazing behind the scenes look at a truly fascinating endeavour. really in-depth and engaging. a true warts and all view of a most challenging technical feat