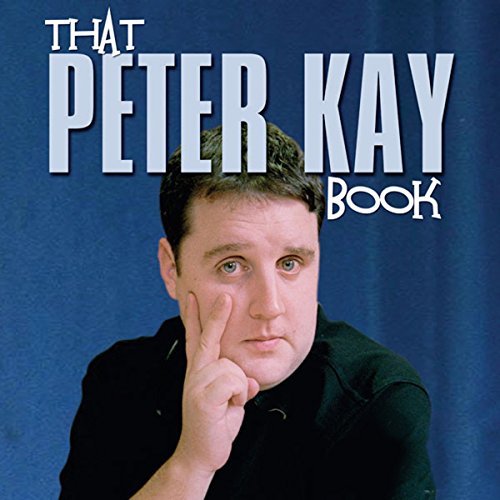 King of comedy? Well if anyone were to be accorded that accolade right now, it would have to be Peter Kay. In the last five years, he has risen to the top of the comedy world with astonishing speed.

He has had record breaking tours, TV shows, and even a number-one single. Add to that an appearance in Dr Who and what else is there left to do? More of the same one suspects, as Kay is still a young man. His story, told here, takes us from his Bolton childhood to the top of the Blackpool Tower. And very funny it is too!

Worth a listen if you love Peter Kay

Interesting background to Peter Kay's life and rise. The narrator had good and bad points....his Bolton accent was great but some of his intonation I struggled with.

Brill! Very nostalgic. It made me chuckle fondly.

It's nice to be reminded of the talents and funniness of this man and also how down to earth he really is.

Listening on Audible meant I didn’t have to put the big light on to read. Narrated very well and perfect choice of narrator too. Great insight into Kay’s life, the Dando blunder and his wife who still works in Boots in Bolton going off on maternity when first child came along. I watched The Peter Kay thing and Phoenix Nights series Two but I needed the back story and this book gave me that. This man stayed true to himself and I’m intrigued by people who don’t look for fame and it finds them.

Well worth a listen.

excellent. So good should be at least 5 times as long... Definitely worth a listen...

What would have made That Peter Kay Book better?