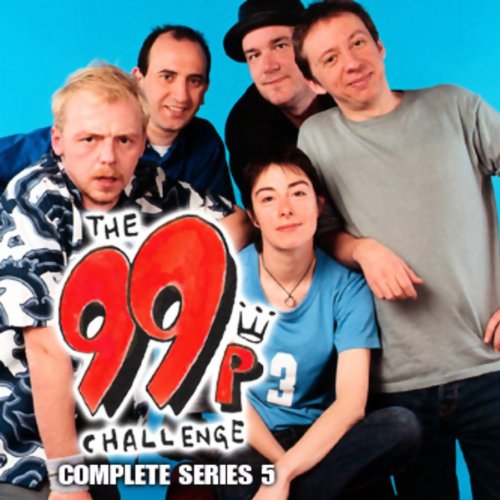 Radio Four proudly presents another hilarious series of the show that has given away almost seventeen pounds thirty-eight pence in prize money since it first went on air all those years ago. Yes, it's The 99p Challenge, back with more silly games and more jokes than ever, in the show Robert Hanks in ( The Independent) called "a brilliant panel game" and Tracey MacLeod in ( Night & Day) called "genuinely brilliant".

Starring the cream of UK writer/performers and comedians over its lifetime, including Simon Pegg, Sue Perkins, Peter Serafinowicz, Armando Iannucci, Bill Bailey, Nick Frost, Peter Baynham, Sean Lock and Marcus Brigstocke, the show was written by the writers of "Friday Night Armistice" and "Black Books" and was described by the critics as "Good enough to be the successor to I'm Sorry I Haven't A Clue" - (The Guardian)

This contains all 6 episodes of the fifth series, and across the six shows, you can join host Sue Perkins and regulars such as Armando Iannucci, Simon Pegg, Nick Frost, Miranda Hart, Peter Serafinowicz and Marcus Brigstocke as they tackle such thorny questions as "When Verdi wrote "The Anvil Chorus", was he really just trying to fix a gas leak?", why you should never go on a hiking tour inside Michael Winner, plus - are our kids downloading too much peanut butter off the internet? The 99p Challenge - the show where no expense has been spent.

This is a kind of "alternative" version of "I'm Sorry I Haven't A Clue" - great guests, extremely well presented by Sue Perkins, and very very funny!