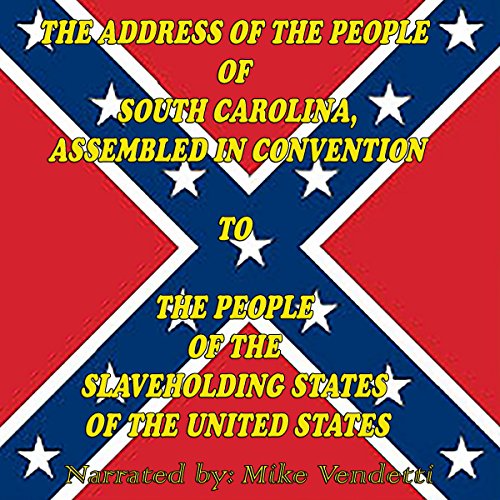 Read by award-winning narrator Mike Vendetti, this is one of three documents published by the South Carolina Secession Convention, detailing the decision to secede. The address is generally credited to Robert Barnwell Rhett, though it was produced by a committee of seven members led by Rhett. Adopted December 24, 1860, it was about slavery.