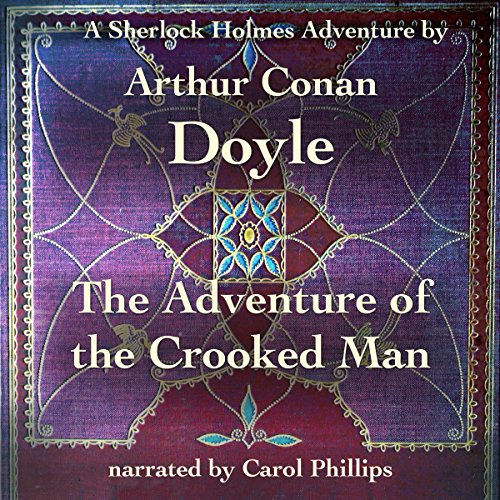 The Adventure of the Crooked Man

Holmes calls on Watson late one evening to tell him about a case that he has been working on, and also to invite him to be a witness to the final stage of the investigation. Colonel James Barclay, of The Royal Mallows based at Aldershot Camp, is dead, apparently by violence, and his wife, Nancy, is the prime suspect. The Colonel’s brother officers are quite perplexed at the Colonel’s fate, as most of them have always believed that he and Nancy were a happy couple. They have observed over the years, however, that the Colonel seemed more attached to his wife than she to him. They have also noticed that the Colonel sometimes had bouts of deep depression and moodiness for no apparent reason.