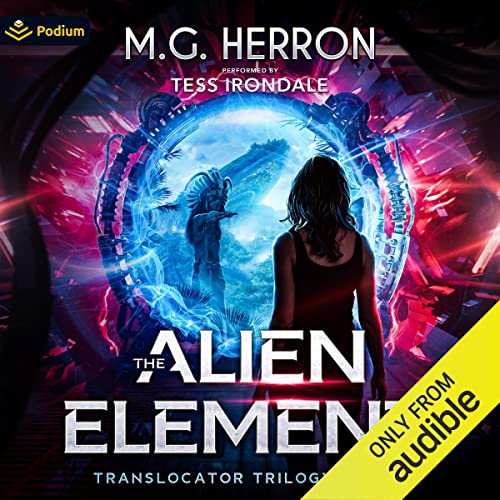 Drawn by an ancient mystery.

The question of how a tribe of ancient Mayans ended up living on a distant planet continues to haunt archaeologist Eliana Fisk, but Amon won't let her anywhere near the Translocator after what happened last time. Since a return journey is impossible, she does what archaeologists were born to do and searches for clues among Mayan ruins on Earth.

What she discovers in the jungle will reveal a mystery far older than she thought possible, with roots winding back through through the centuries...and will eventually lead her to a primeval well of power that threatens the safety of both worlds.

What listeners say about The Alien Element