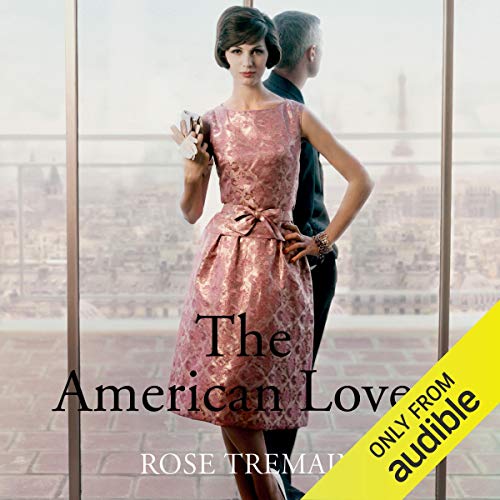 Trapped in a London flat, Beth remembers a transgressive love affair in 1960s Paris. The most famous writer in Russia takes his last breath in a stationmaster’s cottage, miles from Moscow. A father, finally free of his daughter’s demands, embarks on a long swim from his Canadian lakeside retreat. And in the grandest house of all, Danni the Polish housekeeper catches the eye of an enigmatic visitor.

Rose Tremain awakens the senses in this diverse collection of short stories. In her precise yet sensuous style, she lays bare the soul of her characters – the admirable, the embarrassing, the unfulfilled, the sexy and the adorable – to uncover a dazzling range of human emotions and desires.

Rose Tremain best-selling novels have won many awards, including the Orange Prize (The Road Home), the Whitbread Novel of the Year (Music & Silence), the James Tait Black Memorial Prize and the Prix Femina Etranger (Sacred Country). Restoration was short-listed for the Booker Prize in 1989 and made into a film in 1995. Her short story, "Moth", was also filmed (as the award-winning Ricky) by François Ozon in 2009. Her most recent novel, Trespass, was a Richard and Judy Bookclub Choice. Rose Tremain was made a CBE in 2007 and was appointed Chancellor of the University of East Anglia in 2013. She lives in Norfolk and London with the biographer, Richard Holmes.

What listeners say about The American Lover

Mixed Bag (but the good stories are really good)

I am a fan of Rose Tremain and was really looking forward to this new collection of short stories, but for me, overall, it disappointed. I give her credit for focusing on a wide variety of characters, time periods, and settings, and for her very fine dialogue. But I've come to the conclusion that Tremain is at her best writing historical fiction. In fact, two of the stories that delve into that genre are perhaps the best in the collection. "The Jester of Astapovo" begins as the story of an unhappily married stationmaster's desire to have an affair with an older woman and ends telling the story of Leo Tolstoy's last days, dying in the stationmaster's cottage. It's by far the best of these stories. "The Housekeeper" is narrated by the woman who served as the model for Mrs. Danvers; she has a haunting affair with novelist Daphne du Maurier.

"The American Lover"--a woman looks back on a doomed love affair.

"Extra Geography"--Two schoolgirls decide to fall in love with someone. anyone, the next person they see: their female geography teacher, a middle-aged New Zealander.

"A View of Lake Superior in the Fall"--A Nashville couple retires to the North.

"Man in the Water"--A young woman swears she saw a man in the water that no one else saw.

"Smithy"--An old man tried to move a stained mattress that has been thrown on the road.

"BlackBerry Winter"--A daughter deals with her ailing, cranky mother over the holidays.

"Lucy and Gaston"--Conversation between a long-married couple in which Gaston recalls his father's wartime death in a typhoon.

"21st Century Juliet"--Aristocratic Juliet records events in her diary, including her relations with her parents and her passionate affair with an Eastern European construction worker.

These are the kind of stories in which not a lot happens outside of the characters, but quite a lot goes on inside them and within their dialogue. If you care about the main character, this works; if you don't, it doesn't.

Where does The American Lover rank among all the audiobooks you’ve listened to so far?

The first collection of short stories I've listened to and whilst you don't get the suspense and anticipation of a novel this book makes for easy listening with some great character work.

Undoubtedly the station master in the last days of Leo Tolstoy.

I guess in any collection of short stories there will be some you prefer to others. It is interesting that the author has developed the characters of some of the storied really well whilst in others you hardly know them when the story has ended. Overall an enjoyable listen

The most amazing variety of stories, voices, themes. The readers (and producer) do good by. great writers short stories.
I highly recommend this collection

I enjoy reading and listening Rose Tremain novels and this was a natural next step. (These stories confirm that she has a ‘saucy’ side to her writing, by the way.) The title story, for me, tested what I took a short story to be. Whilst I found it interesting, it felt more like the outline for a novel than a crystalline short story. There was no real moment of truth. ‘Captive’ is desperately sad, ‘The jester of Astapovo’ a gem and no surprise that this was re-worked (or the other way round) as a great BBC radio play. ‘Extra Geography’ is slight and about moving on. Moving on, or not, is a fairly trite way of describing many of the stories. ‘The House Keeper’ is a serious trigger to read Daphne du Maurier’s ‘Rebecca’. ‘Lucy and Gaston’ intrigues, but I either misread the ending or it is faulty. ‘Smithy’ and ‘Blackberry Wood’ join ‘Captive’ in sadness. ‘The Closing Door’ has elements of Jack Rosenthal’s ‘Eskimo Day’. The last speech is a wonderful conclusion and thought point. ‘21st century Juliet’ I did not appreciate. The longer stories have shorter ones between them. As a read/listen they make for an excellent way of spending time and Tremain is so reliable in crafting excellent characters perspectives. The audio-book is generally very good though with great performers, though Jilly Bond – I find - is not a good fit. I appreciated the different performers for under-scoring the richness of the characters presented.

Too literary for me

I like the idea of listening to short stories, but I find this collection rather stuffy and dry. I can't tell if it's the writing or the performances. Some of the stories are too short to really get into. I think I'd prefer something with a little more humour, a little less "literary".

Rose Tremain at her best and beautifully read by all especially Juliet Stevenson. Read after enjoying Rose Tremain's latest book Gustave Sonata which she discussed at Hay Festival

These stories are all quite different. Enjoyable for their variety, it is also good to hear different narrators in one recording - makes for an interesting change of voice if you are listening to more than one story in succession. But of course you don't have to keep going to the next chapter when you should really be doing something else!

This was a good listen but most of the stories just ended without a proper conclusion.
After a while I waited for them to just stop.
Out of all the short stories maybe 3 were very good.

Stories started off interesting but all left in the lurch. Totally pointless@

Would you ever listen to anything by Rose Tremain again?

There were several readers and the issue was never with them. The stories were lame and a waste of time. Can't blame the readers for taking the opportunity to work and make a living.

At least it wasn't boring

It is always difficult to review a book full of short stories because by its very nature it is diverse andtherefore inconsistent because there are new characters coming and going all the time. however the stories in this colletion are quite good. Some are better than others but all of them have atmosphere and drama. All of them are true to life under certain circumstances and dictated by events. Some of the characters are weak and some are stronger. Some are manipulative and get away with it and all of them have a love theme running through them from different angles. Some are better written than others and some can be related to better than the rest. Overall though at least the book wasn't boring.