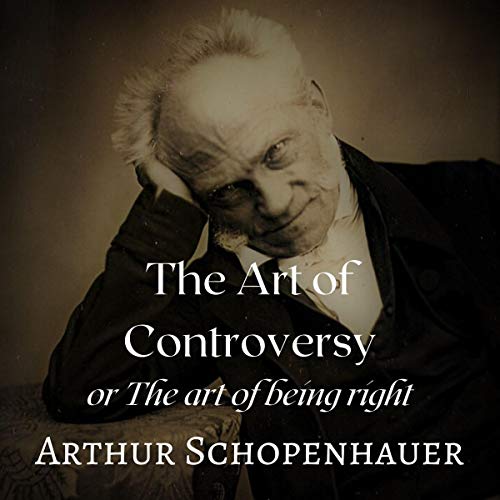 "The Art of Controversy or The Art of Being Right" is an acidulous, sarcastic treatise written by the German philosopher Arthur Schopenhauer. In it, Schopenhauer examines a total of thirty-eight methods of showing up one's opponent in a debate. He introduces his essay with the idea that philosophers have concentrated in ample measure on the rules of logic, but have not engaged with the darker art of the dialectic, of controversy.

Whereas the purpose of logic is classically said to be a method of arriving at the truth, dialectic, says Schopenhauer, "...on the other hand, would treat of the intercourse between two rational beings who, because they are rational, ought to think in common, but who, as soon as they cease to agree like two clocks keeping exactly the same time, create a disputation, or intellectual contest."